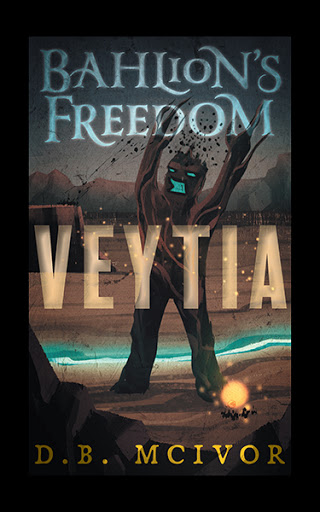 Two species, the Brotnim and the Arzyen, have been locked in perpetual war for as long as anyone can remember. However, one day in the midst of battle, a giant breaks into their world and begins devouring everyone in its path, not to mention the very landscape itself. As the two sides struggle to confront this unprecedented menace, one member of each species is suddenly plucked from the battlefield and thrust into a strange new world that is quite literally a blank slate. Unable to get their bearings, the two sworn enemies also discover they are unable to harm each other. Forced to work together to overcome a series of adversaries as they struggle to find their way back home, Haust, a Brotnim, and Tyghan, an Arzyen, form a unique bond, overcoming their initial disgust with each other to discover they have far more in common than they realized. Throughout their journey, the story moves back and forth from past to present as Haust and Tyghan share their stories in an attempt to understand themselves, each other, and the life they thought they knew. When their journey finally catches up to the present, they arrive back in their own world just in time to use what they’ve learned to help their people confront the invader that has placed the survival of both species in peril. But unless their compatriots are able to accept and apply the lessons Haust and Tyghan have learned, all hope for both species may be lost.

D.B. McIvor loves tackling deep existential questions in his own writing and in the work of others. He spent eighteen years developing the world behind this novel, the first in a series, to do exactly that. McIvor lives with his fiancée in Calgary, Alberta.