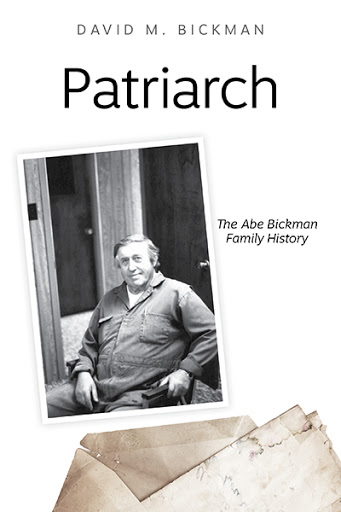 Shortly before his death, Abe Bickman (the "Patriarch") gave his son, David, his modest family archive. This archive comprised: an envelope, postmarked in 1948 and with a return address in Brazil, in which were contained several black & white photographs; several letters from relatives in the Ukraine, written in Yiddish in the 1920s; and a military passport issued by the Czarist Russian government in the very early 1900s.

The author had the letters and passport translated and then reconnected with relatives in Brazil. He subsequently went to Brazil and met many of his cousins living there, some of whom helped him to locate, and eventually meet, cousins from Ukraine, Belarus, Russia, Israel and the United States.

Bickman's research into his father's family history also involved gathering information from public archives in Canada, the United States and Ukraine, where he found his earliest direct paternal ancestor bearing the family surname (then "Bikman").

Bickman discovered that much of his father's family's history is a microcosm of the history of Eastern European Jewry from 1774 to the present and, in this process, learned much more about himself than he ever anticipated.

David M. Bickman is a retired lawyer and lives in Calgary, Alberta. Born in Lethbridge, Alberta in 1947, he and his wife of 49 years, Sonia, have 3 children and 5 grandchildren. Bickman began studying his father's family history in 1983. This book represents the culmination of that effort.