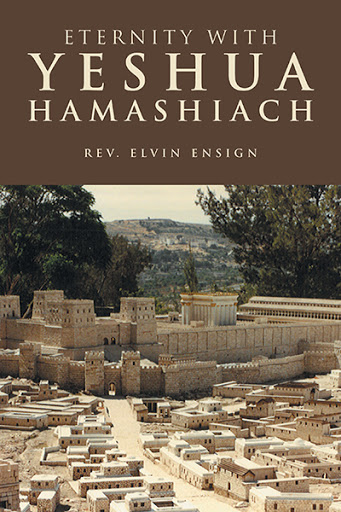 Around the world, including Israel, there are a growing number of adherents to Messianic Judaism. Messianic Jews form a religious group that believes Yeshua Hamashiach (the Hebrew name for Jesus the Messiah) is the true Messiah as known in Christianity and the New Testament. In Eternity with Yeshua Hamashiach we learn about the journey to an expanded faith of a dozen real-life Jews who embraced Yeshua, some only in their final days and hours. Already strong in their Jewish faith and practices, the men and women in these stories come to a better understanding of the place of faith in this life and in the hereafter. Some are open about their conjoined faith, while others are secret believers or not yet fully converted. While their stories are different, they have one thing in common: they all have a common heritage. They are Jewish individuals who have placed their faith in the Son of God. The engaging stories in Eternity with Yeshua Hamashiach will help those who want to understand their Jewish friends better and inform Jewish people who are thinking about Yeshua.

After graduation from Prairie Bible Institute Elvin and his wife Nancy accepted God's call to enter Jewish ministry. The journey involved many-facets of activity. The home bible studies had up to twenty-five in attendance both Jewish and non-Jewish. R The literature mailing went into thousands of Jewish and Christian homes. The paper called the Covenant went into several thousand Jewish in Western Canada with very few asking for their names to be removed from the mailing list.

One unique ministry was to take part in charity sales in Winnipeg malls. Besides baked goods on the table, there were New Testament in many different languages. The New Testaments were free, and even a few Ultra-Orthodox Jewish people took them. Some of the Bibles made their way to the land of Israel and Russia. Elvin's ministry began by visiting Jewish homes. one in fifteen would listen to his message. He proclaimed Yeshua as Messiah and Savior to all who would embrace the Savior.

Elvin Ensign and his wife Nancy labored in Jewish ministry for fifty years. Their ministry involved Bible Study groups, hospital and home visitation, plus writing and publishing a faith community newspaper called The Covenant. They also had a table in the mall once a year that sent New Testaments into many different nations in the world. Their ministry has proved that once a trust relationship is developed between Jew and non-Jew there is a lifelong friendship. Issues may arise but respect remains for a lifetime. Elvin is the author of A Story to Tell – One History of Jewish Evangelism in Western Canada (2005) and The Footsteps of Jesus (2009). Elvin and Nancy are now retired and living in Winnipeg, Manitoba.

Eternity with Yeshua Hamashiach will be available in the FriesenPress Bookstore soon.