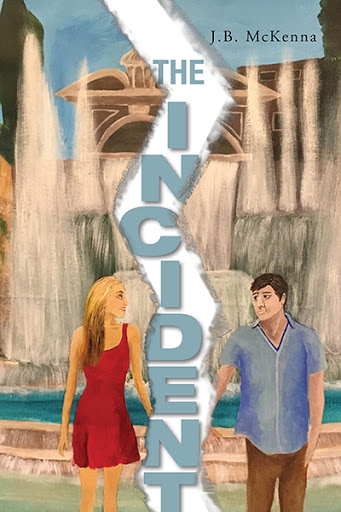 The Incident
by J.B. McKenna

John Paul Bennett is a happy man. His first and only marriage is

strong. His teenage son and daughter have no major issues. He is a respected senior negotiator for the U.S. State Department. And, after a quick trip to Paris he’s looking forward to spending a month with the family at their summer home on Cape Cod. However, within hours of arriving in Paris for a high level European Union meeting, he is summoned back to Washington, DC. Leaving his hotel by the service entrance with no luggage, he is mystified at the sudden change in plans. Then, his boss informs him he’s being suspended pending an investigation into the alleged rape of a minor in Rome some twenty-five years earlier when he was a summer intern at the U.S. Embassy.

Allessia and her husband Massimo are parents on a mission. Their twenty-four-year-old son Alfredo has leukemia and needs a bone marrow transplant. When blood and DNA tests show that Massimo is not the biological father of his twin son and daughter, their search turns to the brief but loving affair Allessia had in

the summer of 1970 with a young embassy intern. Their single afternoon of illicit pleasure in a three-week tryst now becomes a beacon of hope that an exact match can be found for Alfredo that could save his life.

But, who has accused John Paul of rape? Will John Paul allow a paternity test? How will he explain his first lovc experience to his wife and family? More importantly, will he do what he can to help a young stranger in his cancer fight? The Incident is a taut and absorbing look at love, the bonds of family, and ultimately what defines family.

Jim McKenna is a long-time resident of southern California. He is the fiction author of The Bench: An American Story and The Holy Family. Over the years, he has also written peer-reviewed articles that have been published in a variety of financial journals. This is his third fiction novel.