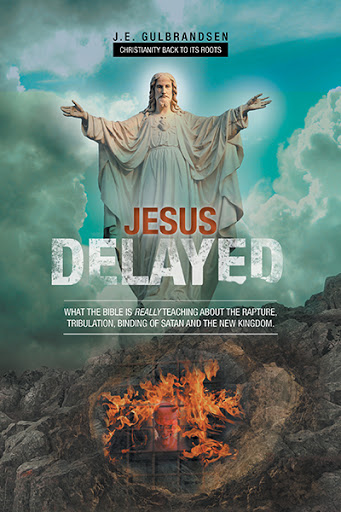 Jesus Delayed
What The Bible Is Really Teaching About The Rapture by J.E. Gulbrandsen

With so many different and, at times, conflicting views within multiple Christian denominations, it can be a challenge to discern the truth from erroneous teaching. The popular, mainstream view is that Jesus will soon return to take his children—via the Rapture—thus sparing them from the suffering that will engulf the world during the tribulation, when Satan is fully let loose upon the earth.

However, by laying out a relentlessly researched argument author J.E. Gulbrandsen invites you to consider a compelling, reliable, and rigorous exploration of why the commonly held view—based on dispensationalism—is not, in fact, biblically accurate. His teaching clearly fall in the ballpark of Partial Preterism.

In fact, the Kingdom of Christ has been already established. We see evidence of this today, and once we fully apprehend what this means for us as believers, our walk with Christ, and our work for the Kingdom, will be profoundly impacted. Instead of fearing the enemy, we can walk in confidence and power knowing that Satan is bound. This is not a future event—it is done! Jesus won over Satan on the cross; he is now “under our feet,” tied up for “a thousand years” in the Abyss. With so much discouragement and bad news barraging us from every side, of this we can be certain: things are not getting worse. As you will discover in Jesus Delayed, they are, in fact, getting better and better, and will continue to do so until Christ finally returns, as promised, for his victorious bride—the Church!

Christianity back to its roots.

What The Bible Is Really Teaching About The Rapture, Tribulation, Binding Of Satan And The New Kingdom.

A self-described “hobby theologian” and dedicated member of the evangelical church, J.E. Gulbrandsen understands that it is a major challenge to confront the popular theological futurist movement. His personal conviction and pursuit of truth inspires him to stand up boldly, despite any opposition. Born and raised in Norway, he was a co-founder and owner of a major Norwegian retail chain, and since his retirement and selling his retail investments, he has pursued his passion for church leadership and the study of theology with focus and determination. Married to Beverly for forty years, Gulbrandsen has been blessed with five children, all grown, and many grandchildren. He and his family live in beautiful Victoria, BC, Canada.