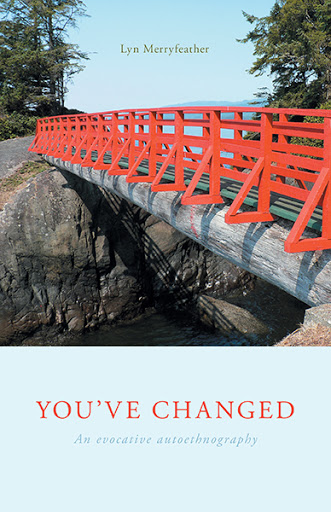 Lesbian women who partner with female-to-male transsexuals (FTMs) are all but invisible in the literature. They have been scarcely depicted in published work, very few research studies have considered them an interesting population, and there are few support organizations dedicated to their aid. My work is about these women. I conducted research and wrote an evocative novella as a way to convey my findings.

The main theme is the challenge of invisibility and marginalization experienced by lesbian women who find themselves partnered with trans men and must decide how to navigate a new identity while living with a mate who is experiencing the biggest life change possible and often has little energy left to support her. A secondary theme is the depiction of the experience of conducting such research in a cautious academic climate.

The outstanding difference, other than the rarity of the subject matter, is the readability of the work. I used autoethnography as a methodology and wrote in an engaging way, using poetry, narration, and imaginative fictionalized accounts of true experiences.

From 1994 to 1998 Lyn has been active with the West Kootenay Gays and Lesbians Society, serving in various roles, including Chair, and for two years she organized a large Gay celebration called The Fruit Float in the Slocan Valley.

Lyn has been supportive of the Nelson Women’s Centre from 1994 to 2000, in the capacity of garden caretaker, as well as sitting on the Library Committee.

Lyn has also been active in promoting rights for Gays, Lesbians, and Transgender people, and was instrumental in helping to establish the first Pride Parade in 1998 in Nelson, BC. For several years she was on the board of Kootenay Gay Pride, serving as chair and the media contact.

In 2004 Lyn returned to school and obtained a BSN with distinction, and just kept going until she had earned a PhD, at the age of 67. She currently lives on 5 acres in the country with her partner, dog, cat, and 13 very loud Indian Runner ducks. Lyn’s next book, already in the works, will be the story of learning to live rurally with an assortment of animals. It will be titled Gumboot Heaven.