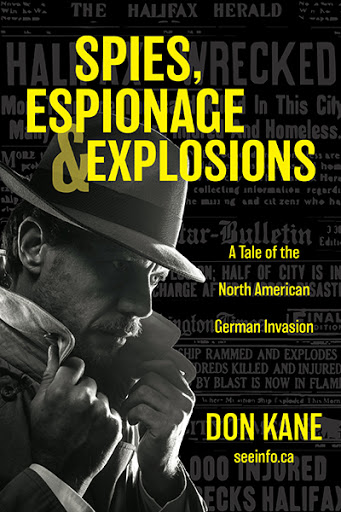 "[The book’s] balance between history, fiction, and well-informed conjecture is strong."

"[Don Kane’s] scholarly rigor and breadth are extraordinary throughout and offer the perspectives of Canadian and British authorities, often expressed through various official memorandums.”

"Intriguing. We'll include coverage in our Magazine"

-Agha A, Security Consultant at CSIO-IPS, Centre for Study of Intelligence Operations and Editor Journal of Book Reviews, Afghanistan

"Read your yarn and enjoyed it. You have combined historic facts with fiction very nicely."

"I love the story, the historical background. It is a very interesting book."