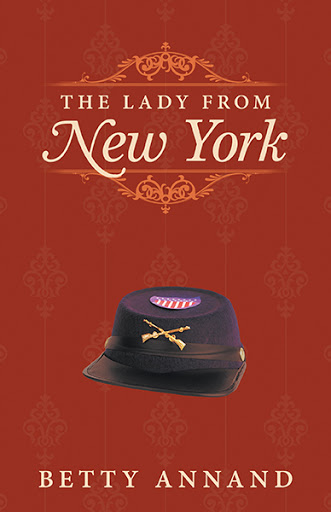 The Lady from New York
by Betty Annand

The Lady from New York is the third historical novel in the trilogy about the tenacious and inspiring Gladys Tunner. Born in 1829 in Old Nichol—one of the worst slums in London—a young Gladys was forced to commit murder, following which she earned a life of riches, only to have widowhood and blackmail take it away and again be forced into servitude.

This book begins in 1861 as Gladys and her son arrive in America on the SS Delaney to re-join her third husband, Angelo, leaving behind her daughters by her second husband in England. Will she ever be allowed to have her girls with her? With a host of labels—divorcee, wife, mother, friend, entrepreneur—Gladys struggles to make it all work. But if Gladys is to make a life for herself and everyone in her family, she must adapt quickly to a completely new way of being.

Set primarily in New York and London, The Lady from New York captures the immigrant experience from a distinct perspective and will appeal to every age of reader, especially those who enjoy this period of history, in England and the new world. Fans of the author’s previous two novels will not be disappointed by this third installment. A wonderful story about a woman who uses her good fortune in America to help less-fortunate people from her place of origin, it’s the kind of book that keeps you in great company. Written with conviction to its characters—the complex web of interpersonal relationships and the personal ambitions of each character—this is historical fiction at its best! 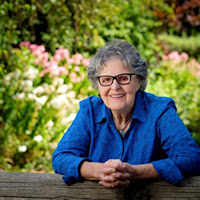 Betty Annand lives in Courtenay, British Columbia. As a writer, she is often inspired by the stories told to her by her “interesting and eccentric” English father about growing up in the old country.

The Lady from New York is the third novel in her successful historical-fiction trilogy, featuring her 19th-century protagonist, Gladys. The other two books in the series, The Girl from Old Nichol (2016) and The Woman from Dover (2017), were published by Amberjack publishing. Betty has also penned many comedy plays, crediting her experiences and what she calls “the most important credible source—a lively imagination.”

Along with her trilogy, Betty has published other books, including Growing up in the White House (1999), Voices from Bevan (2002), and Voices from Courtenay Past (2004).