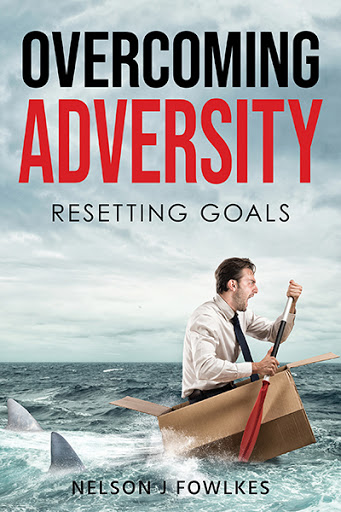 Overcoming Adversity is a personal and intriguing story that highlights how to successfully cope with the inevitable barriers and obstacles of life. Nelson Fowlkes narrates the story through insightful strategies and tactics that were effectively utilized on his journey. Hopefully, you will be inspired and amazed by this incredible story. His tool kit reveal tenacity, self-reliance optimism, self-reliance, adaptability, perseverance and faith. These qualities and characteristics were instrumental in his remarkable and astonishing rise from a fractured childhood and poverty to complete a twenty-year service in the United Sates Army Medical Corps , retiring as a Lt. Colonel, earned graduate degrees in Biochemistry and Public Administration. In addition he earned professional certificates in Gerontology and Conflict Resolution. A most compelling concept: do not allow circumstances to define your worth.

Nelson J Fowlkes is a retired Lt. Colonel who served twenty years in the United States Army Medical Corps and went on to complete additional careers in the healthcare. As a strategic planning and marketing executive, he-co-authored the strategic plan for a medical center in Merced, California . As the Director of Ambulatory Services at St. Francis Medical center, Lynwood, California he managed primary care clinics in nine southeast Los Angeles communities.

Fowlkes is co-author of a Corporate Health Risk Management Program that was published in the Journal of Healthcare Marketing. He also designed and created a Territorial Sales Management System (TSS), an innovative approach applying traditional risk management to the health f an employee group to which the Library of Congress issued a Certificate of Copyright Recognition.

Two California universities awarded him Adjunct Professor appointments, First in 1984 at the University of San Francisco, College of Professional Studies and in 1985 at the California State University, Fresno. At both universities, he taught working adult students who were seeking to improve their knowledge in healthcare marketing and delivery of health care services.

In 1992, he established the Fowlkes Development Group, a private consulting

service to help health care organizations plan for the development and expansion of industrial health clinics and worker's rehabilitation programs. Then in 2002, Fowlkes earned professional certificates in Gerontology and Conflict Resolution.

He was appointed by the Presiding Judge, Riverside County Superior Court to serve on the Riverside County Civil Grand Jury for the 2004-2005 term. The Presiding Judge reappointed him to serve a total of three two-year terms (2004-2012) . His outstanding performance on the grand jury was recognized by the appointment to serve as the Grand Jury Foreperson for the 2011-2012 term.

Fowlkes expressed his adventurous spirit through cycling and traveling. While living in Fresno, became an avid cyclist as manifested in the purchase of high quality equipment and participation in fund raising cycling events of fifty to seventy five miles. After moving to southern California ,he joined a cycling club and expanded his passion to century and multi-day cycling events.

Traveling provided an opportunity for participation in cycling events in ther United States locations including New Hampshire and Alaska as well international events in St Maarten, Canada and Jamaica.