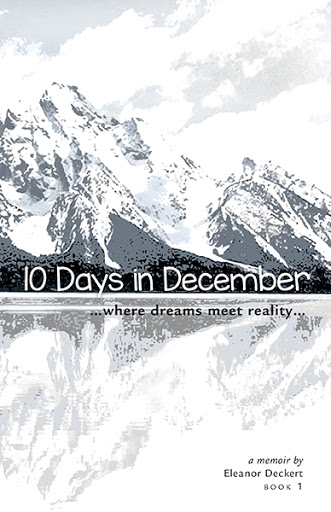 10 Days in December
where dreams meet reality
by Eleanor Deckert

"I want to get married,go out west, build a log cabin,raise a bunch of kids,volunteer in my community, and then write a book about it."

In 1978, during a golden age of middle-class prosperity, newly wed Kevin and Eleanor, like other young people at the time, felt the irresistible pull of the Back-to-the-Land movement and left behind everything they knew and loved to live far from the city and off the grid. As they searched western Canada for a place to settle, abandoned homesteads warned that their dream would be hard won.

10 Days in December journals Kevin and Eleanor’s adventures living for the first ten days in their wilderness cabin facing the demands of winter, where harsh reality and self-denial test their love and commitment.

Along the way practical Kevin and idealistic Eleanor will learn if they have what it takes to live in the mountains and with each other.

Eleanor shares her true ‘coming-of-age’ story exploring what resources from her sheltered childhood could help her endure the isolation, cold and darkness of this northern river valley.

“...eloquent storytelling, humor, insight and hope - this book has it all...” 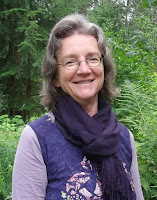 This book began when Eleanor Deckert was 8-years old. Words from Laura Ingalls Wilder’s memories from the 1860’s and 70’s, preserved in Little House in the Big Woods, spoke to her. “This is now. It can never be long ago.” Eleanor realized, even as a child, that someday her 1960’s and 70’s memories would also be “long ago.” She determined to carefully remember her own experiences, thoughts, beliefs and decisions so that she could one day write about people, places and the times she was living in.

Today, she shares a self-sufficient lifestyle with her husband in a picturesque river valley in the mountains of British Columbia, Canada.