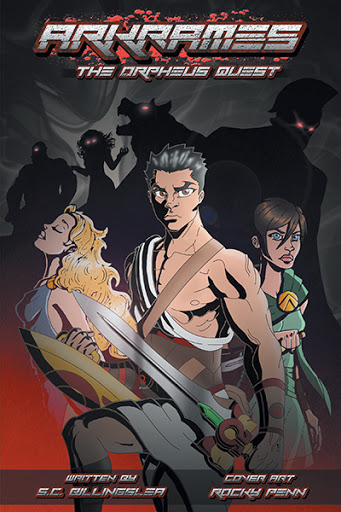 It was always understood that the mysterious sword and shield mounted on the wall over the hearth was not to be touched. But young Arkrames could not help but be drawn to the weapon which seemed to be perfect for him.

More than anything, he dreamed of being a warrior whose name could stand along with those of the greatest in history; heroes such as Perseus, Achilles, and Hercules.

His adoptive uncle, however, seemed to be intent on keeping a sword out of his hand and making him a farmer instead.

However, when fate deals a tragic blow to him and his loved ones, Arkrames takes the mysterious sword and finds that it gives him the power and the drive to challenge men and monsters and question the motives of the gods themselves.

Now driven by his own purpose, Arkrames sets out on an adventure that could either set him equal with the heroes of his admiration or bring him to total ruin and self destruction.