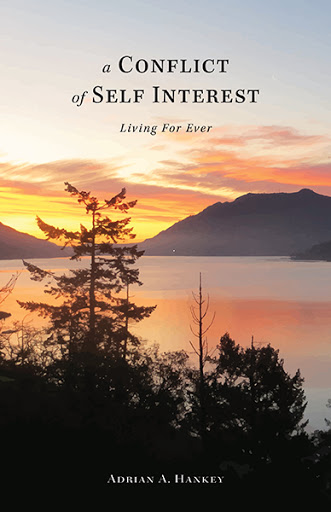 A Conflict of Self Interest
Living For Ever
by Adrian A. Hankey

Self or Soul is an essential energy centred in every living body and is about instinct, species survival and coexistence with all other Life. It is not a belief nor any part of Brain.

Brain is the natural manager of the body in which Soul exists. The natural function of Brain is to facilitate Soul-purpose throughout Life. Brain copies or creates beliefs to make everything true or real, and with memory and logic it creates time, space, knowledge and world. Educated Brain tends to deny Self and so creates a greater need for entertainment, exploration, pets and more.

Civilization is run entirely by Brains. But that complex process has yet to run for more than a few hundred years without final disaster. The only peoples who have survived for millenia, have done so by depending consistently upon Self, family, home, legend, lore, wisdom, and heritage, most of which are presently being civilly disrespected and ignored. No belief of science, psychology or religion can ever explain or replace any of these.

On this finite planet, population increase has become too serious to ignore. Natural increase seems due mostly to cultural stress and ageing. But serious unnatural population increase is now due to religiously enforced non-birth-control amongst poor and ignorant people. Greedy corporations and developers also encourage population expansion which will ultimately cause the collapse of people-species.

For survival of people-species, the current civil process must accept a more localized, traditional and cultural Wisdom, not based upon nor necessarily denying science or religion. 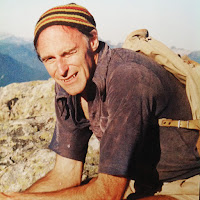 The author was born in London England just before the Second War. The family then moved to Vancouver, Canada, and eight ocean voyages later, after stays in Australia, Canada and England, the boy finished schooling in Vancouver. He was taught no doctrine of religion or otherwise, and through his formative years, while frequently on the move, the boy spent many long periods alone, wandering and exploring in local wilderness. Always close to forest and wildlife and usually alone or with a close friend or two, Adrian did much hiking, scrambling and climbing via bus, train, and air trips around Victoria State and in Southern and North-West British Columbia.

At the University of B.C. the author gained a BSc degree in botany, biology, geology, and anthropology. Work was with the B.C. Forest Service, the Geological Survey of Canada, and several Canadian mining companies, followed by geological consulting. After a while it became apparent that the remote geological work was not compatible with family, so he returned to UBC for a teaching diploma and worked in Vancouver, eventually retiring to Vancouver Island. Sailing is now his favourite labour.

For decades the very serious concerns and efforts of many dedicated people to ‘save the environment’ were constantly an awareness. This may have inspired personal activity beyond direct assistance with wildlife and environmental survival. The new passion, with no apparent objective, eventually became a fundamental study of Life and culture as affected by Brain. This writing was the result of that inspiration and for ten years, the work was entirely intuitive.