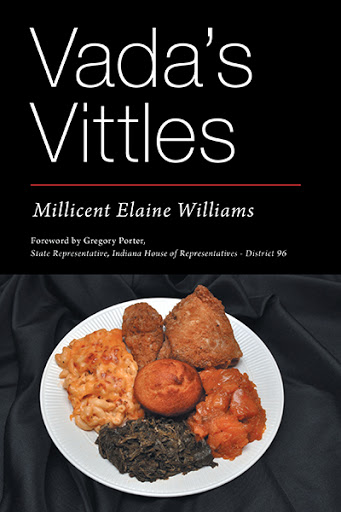 A spry 78 now, momma stands 5' 4 with way more salt than pepper short tapered hair, a smooth west indies copper brown complexion, a small round head, ample small nose and lips, with meaningful intense, yet warm brown eyes, and a rather healthy belly that seems to aid her in laughing heartily. She has witnessed a whole bunch of living, dying, laughing and crying. The food she cooks and serves is some of the best grub you will ever put in your mouth. Her greens, macaroni and cheese, and hot water cornbread will make you hurt yourself, and her vittles of wisdom, empowerment, and survival will make you take care of yourself. Help yourself to Vada’s Vittles. Her recipes and sayings are seasoned to perfection for your kitchens and your souls. 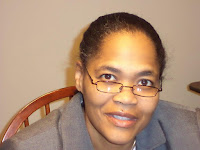 Millicent Elaine Williams is the author of countless essays written throughout her educational journey that spanned from 1969 to 2004. As an English major, she has also written many unpublished short stories. She resides today in the East Bay area near San Francisco, California. Prior to moving to California in 2008, she lived in Indianapolis, Indiana for 21 years and then in Atlanta, Georgia for 23 years. Her short story “I Don’t Want to Hear Boom” is the up close reality of a woman who timidly cowers in her home while witnessing a domestic disturbance from her next door neighbors. In 2004, she joined the Dirty House writers group where she and other fellow writers shared their short stories on Sunday evenings over wine and snacks. One of the short stories she shared was “AKA Gertrude Goodwin” which briefly, yet vividly tells the story of a singer who struggles with her identity, parenting, drugs, and expectations. Two of her other short stories, “Go Twyla Go” and “The Fried Turkey,” showcase her diversity and depth as a creative writer. Respectively, the first one is a warm story of a young homeless girl who desires to be on the track team, and the second one is the amusing story of a married couple experiencing communication and sexual challenges. All the short stories she has written were just for fun, but the ones mentioned here possess potential for further development as stage or big screen productions. Her academic awards and recognitions are as follows:

2007 Faith, Family, and Friends Board member