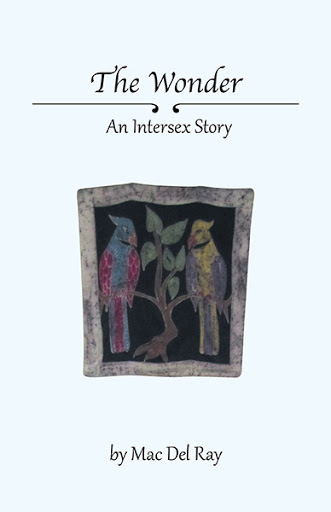 The Wonder
An Intersex Story
by Mac Del Ray

A compelling story about a boy who learned that he was not like other boys...he learned early in life that he was born with both male and female genitalia...an Intersex child.

For an individual to be considered Intersex they should have some combination of male and female genitalia. This condition can be congenital or at times, for some, subtler forms of sex anatomy variations don’t show up until later on in life. The Intersex Society of North America

Being Intersex may be more widespread than one would have imagined.

This book wrote itself so that Intersex individuals could have a voice…and be heard.

Mac Del Ray is an avid traveller. Following a lengthy pilgrimage in Southern India, at home, shortly after his return, he sat in front of the computer and this story came into being. As this story was totally unplanned, he felt that the Universe was responsible for its contents and that humanity needed this information at this time in its evolution.