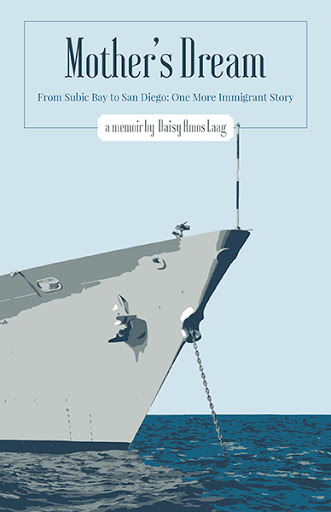 In this engrossing narrative, a Filipina “baby boomer” writes about how her mother’s dream led to a belated journey to a place once famously dubbed the “land of opportunity” and how her own dreams and tenacity helped her family overcome challenges in their adopted country. She relates what it was like growing up in a rustic Third-World town and working as a journalist at a U.S. military base in the Philippines, before immigrating to the United States with her husband and their two young sons. At once serious and funny, self-deprecating and down-to earth, this highly readable book, written in engaging prose, provides interesting glimpses into the American way of life in the eyes of an ordinary immigrant. A unique montage of many anecdotes, it’s a MUST READ for immigrants to America — past, present or future — and anyone who has ever set foot in a place called Subic Bay.

Daisy Amos Laag was born and raised in San Marcelino, Zambales, Philippines. She holds a bachelor’s degree in Mass Communication from the University of the Philippines, in Diliman, Quezon City, Metro Manila. Daisy, her husband and their two young sons immigrated to the United States in June 1988. Before that, she was Editor of Subic Bay News, the official publication of the former U.S. Naval Base, Subic Bay, in the Philippines. In 1985 she received the U.S. Department of Defense Thomas Jefferson Award for “professional excellence in journalism for the Armed Forces of the United States of America.” She worked at San Diego County’s Department of Health and Human Services from September 1988 until she retired in January 2007. Mother’s Dream, From Subic Bay to San Diego: One More Immigrant Story is Daisy’s first book. She and her husband reside in Southern California.