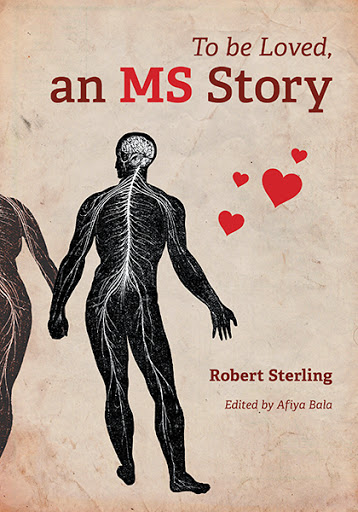 To Be Loved, An MS Story
by Robert Sterling

To Be Loved: An MS Story, follows the unexpected adjustments Trebor makes to provide a stable life for his precious children. His adult daughter and young grandson, cast out and homeless, turn to Trebor for aid. Disabled with the debilitating symptoms of multiple sclerosis, his daughter becomes dependent on her father for day-to-day care. Though that co-dependence tests Trebor, it also gives birth to a greater bond. Trebor is determined his daughter won’t live a life of sadness. He doesn’t see her disease as a reason to count her out. Yet, his efforts to provide her with the thrills, pleasures and joys the rest of the world enjoys so effortlessly only sends his spirit soaring as high as the sky for it to only suddenly crash as low as though into a darkened pit. As each day passes, Trebor realizes his daughter’s progressive and challenging condition not only intrudes on the normal flow of desires she has in life —but also his. Bound to caring for his daughter, and raising his grandson, Trebor feels romantic love is no longer a possibility. To know love’s warmth, and to receive and share its fondness again, seem out of the question. His devotion primarily belongs to his children now. Yet, mysteriously, fascination enters his family’s lives. A woman, her challenges similarly rooted to those of his daughter’s, arrives unexpectedly into Trebor’s world – and takes over part of his consciousness. This woman ignites in him an abundance of passion and desire. Romance is on fire. But can Trebor still be loved?

Trebor Sterling Realizes if God calls him to a task, he will help him accomplish that task

Robert Sterling was born and raised in San Francisco, California. He is a devoted father, grandfather and widowed husband. He currently resides in the City of Vallejo in the San Francisco Bay Area. As a disabled veteran who served in the United States Army during the Vietnam Era, Robert retired from the Federal Government civilian employment with thirty years of administrative experience. For his dependent daughter, grandson, and wife, Robert lived the best life possible.

Determined, he provided care nobly and humbly to achieve comfort, proper attention and well being. To Robert, well-being achieved by uplifting others. His love of singing and listening to inspirational gospel, spiritual and pop music provided comfort and life support.