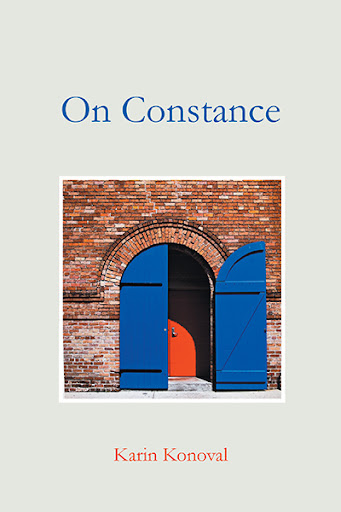 On Constance
by Karin Konoval

In April 2013, Karin Konoval travelled by train to New Orleans for a four-month film shoot. While this story isn’t about the film, the fact that she was portraying an orangutan in it laid the path, in a unique way, for her personal journey beyond the work. On Constance is Karin’s memoir of this journey to and through the remarkable city of New Orleans, finding resonance and ultimately joy . . . in the most unexpected encounters and unlikely places.

"On Constance is a delicious book! Reading it is like going travelling with a most observant, thoughtful and fascinating friend." -Sheryl Mackay, host of CBC's North By Northwest

"Thank you for the gift of this astonishing memoir. With its remarkable story restraint, it demonstrates profoundly why “the word” is the highest human achievement; why paint and dance and music alone would never have ultimately revealed our human selves to one another, leave alone landed us on the moon." -Rudy Wiebe, Governor General award-winning author, Officer of the Order of Canada

“Read this book, laugh and smile with a real storyteller. You’ll be booking your flight to New Orleans, listening to Karin read it to you on the flight. Wonderful.” -Chris Carter, creator of The X-Files

"If you love New Orleans (or have never been there), if you love orangutans (or have fallen in love with gorillas), if you enjoy a good read about finding joy in very unexpected places...read this book." -Lynn Killam, author of "Zookeeper Dreams and Travel Extremes"

"It’s fitting that there’s a door on the cover of On Constance, because opening the book is like stepping through that door and into one woman’s remarkable journey. Karin’s prose is clear, expressive, witty, contemplative, and immediately draws you in. The book is a balm for weary spirits that yearn to explore." –Sabrina Rani Furminger, YVR Screen Scene Podcast

Karin Konoval is an award-winning actor in stage, film and television. As an artist, Karin creates series of paintings that tell a story, with many solo gallery exhibits of her work. Karin’s short stories have been published in literary magazines, anthologies, and broadcast on CBC Radio. Her first illustrated children’s book, Jeffrey Takes a Walk in December, was published through Friesen Press in 2015.