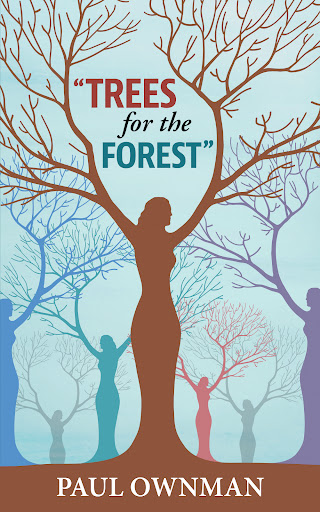 Trees For the Forest
by Paul Ownman

When he’s abruptly thrust into single parenthood of his two young children, Shane Murphy’s life changes dramatically. As he ventures into a new career to better provide for his children, Shane slowly changes his approach to life.

Trees for the Forest is filled with numerous misadventures, humorous anecdotes, and some surprising insights as Shane navigates his way through life as a chauvinistic, single father and unconventional teacher.

As he learns to become “Mr. Mom,” Shane is faced with many lessons about the true value of motherhood, and parenthood. His experiences challenge his conception and understanding of women and includes the discoveries that many women don’t like nicknames, nor do they appreciate his somewhat juvenile pranks—including goldfish in the water cooler.

Is it possible to teach this old dog new tricks? Does Shane stay close to his narrow-minded roots, or is his journey one of growth and self-discovery?

Paul Ownman has been an educator and parent for over thirty-five years. Ownman wrote his first short story when he was twelve, “Revenge is Sweet,” and has been dabbling ever since. A member of the Writers Union of Canada, Ownman published his first book, Bullies, in 2016 with Friesen Press. He lives with his wife, Winona, and their dog, Hacksaw, amongst the trees of central Ontario.