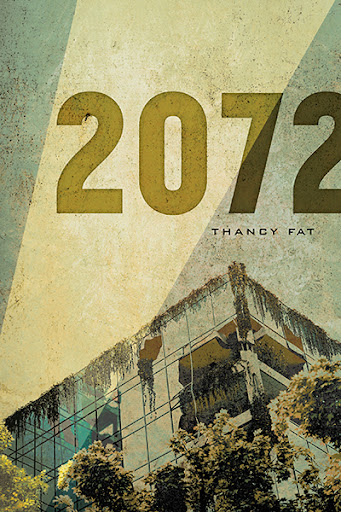 Fifty years hence (2072) our, and our diminishing progenies', lives have altered immeasurably. Work for money ceased more than two decades earlier. We see this starting in 2022. Where will it go from here and now?

The people of the Environs lead peaceful and conscientious lives. A system of bartering works to address the needs of the cohesive, contemplative population. Conflict is nonexistent – a thing of the distant past, like paid labour.

However, when one errant Environite inexplicably threatens this blissful way-of-life, two highly-regarded citizens, Naro and Dirwan, must journey beyond where any Environite has travelled before in search of a solution to a potentially-severe social conflict.

Stumbling upon another society, the two men quickly learn the precious uniqueness of the Environs. And so too do the leaders in the Township. There, greed is the norm. Material wealth is valued above all else. Citizens fight daily to survive while an isolated few enjoy now-rare luxuries.

For Dirwan, the Township is a shock to his core, having known nothing but the tranquility of the Environs. For Naro, the ways of the Township are not entirely unfamiliar, as he recalls what life was like pre-Shift in the 2020s and early-2030s.

Will the rampant distrust and avarice in the Township disrupt Naro’s and Dirwan’s mission? Or will the Township’s governess, Jaedao, befriend the two pilgrims and somehow help foster hope over greed?

In his Montreal-based high school and college years, Thancy Fat began a nascent - and still-growing - fascination with ethics and morality. He began questioning how much is intrinsic and how much is learned – and unlearned.

After completing McGill law school in the mid-1980s, this fascination led him to postpone a law career for two years in favour of living and working in Taiwan - to observe any core cultural differences in ethics or morality there versus home. He then went on to practice tax law in Vancouver for thirty-plus years, where ethical issues figured highly.