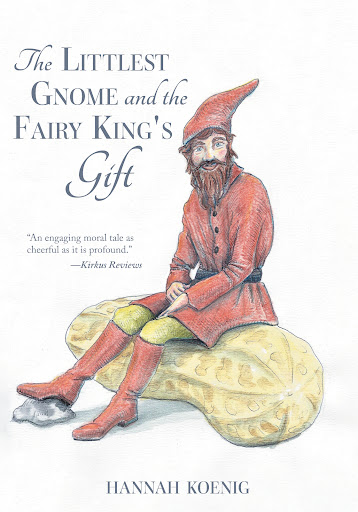 The Littlest Gnome and the Fairy King's Gift
by Hannah Koenig

Peter has always been the smallest gnome in his village. When he isn’t being called “Pipsqueak” by his fellow gnomes, he fills his days squeezing into tiny spaces, looking for lost items others can’t reach. But Peter wonders if there’s a bigger purpose for his life, one outside of the village that no gnome has ever left.

One day he decides enough is enough! He sets out on an adventure to find his true purpose, one that doesn’t require crawling under floorboards looking for lost rings. He quickly discovers how enormous and wondrous the world is outside of his village … but also a bit scary!

Despite the dangers he encounters, Peter manages to strike up some friendships along the way. Benjamin the bee tells Peter about a fairy kingdom that might be able to use Peter’s help to break a terrible curse. But it means he’ll have to face the ruthless and powerful King Blackthorn, the fairy king. Does a little gnome like Peter have the courage to venture inside the enchanted tree where the fairy king lives and face him? Or should he return to his safe and ordinary life in the woods? Little does he know how his choices will forever change both his life and the lives of the fairies he wants to help!

The Littlest Gnome and the Fairy King’s Gift is a heartwarming and action-packed adventure from debut author Hannah Koenig. 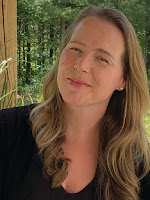 Growing up with a father who had an artist’s appreciation for the natural world combined with a unique storytelling ability, Hannah Koenig was always encouraged to use her imagination. As a result, she spent many hours writing and illustrating her own stories. The Littlest Gnome and the Fairy King’s Gift was inspired by books from her early years such as The Tale of Mrs. Tiggy-Winkle by Beatrix Potter, Bread and Jam for Frances by Russell Hoban, and Hilda Boswell’s Treasury of Children’s Stories. She hopes that her book will be a modern take on the classic fairy tale and inspire a new generation of imaginative children.

Hannah lives in a rural town in southeastern Ontario, Canada, with her husband, Damien; her children, Calvin and Fiona; along with two German shepherds and two guinea pigs.

The Littlest Gnome and the Fairy King's Gift will be available in the FriesenPress Bookstore soon.