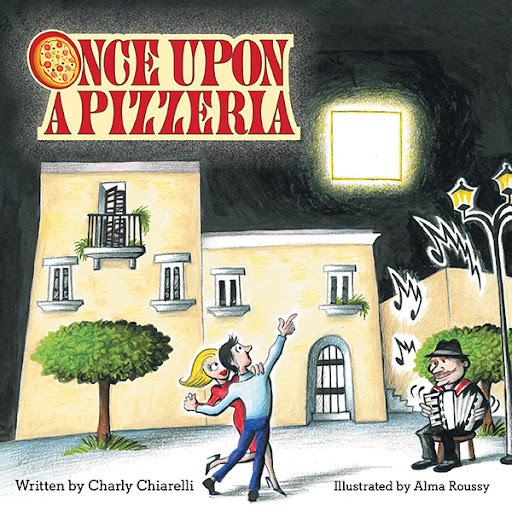 Once Upon A Pizzeria
by Charly Chiarelli

This story, which is premised upon the story of the "Gingerbread Man", takes chase scenes to an original, profound big city dimension.

Nonna Maria’s pizzas may be the best in town, but that doesn’t stop some of the kids at school from teasing little Luigi, Nonna Maria's grandson, over its square shape. So, one day, Nonna Maria agrees to break the ancient tradition of her Italian village by making an extra special round pizza, just for little Luigi.

Maybe it's the pizza’s shape or the fact that little Luigi opened the oven door too soon, but to little Luigi’s big surprise, the pizza (now very much alive) leaps from the oven and begins rolling all over town! But the big city is a dangerous place for such a delicious pizza. It is full of hungry people, all of whom want a bite of such a tasty and unique pizza from Nonna Maria’s kitchen.

Join Nonna Maria and little Luigi in Once Upon a Pizzeria to help them catch their cunning, round, roll-away pizza, before he ends up in someone else’s stomach . . . GULP!

"I have every confidence the success of this captivating pizza story will launch Charly's legacy as a superb children's book writer!" --- Marjan Mozetich --- World Renowned Composer 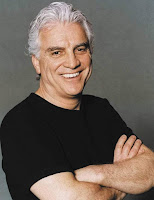 Charly, a former Mental Health Consultant, is a celebrated, international award winning artist. He is a writer of: plays, books, music & lyrics, librettos, poems and screenplays. He is also a virtuoso harmonica player, vocalist, storyteller and actor. His hit movie, in which he has four roles, has won a total of nine international awards, including two Best Film Awards and two Best Actor Awards for Charly. To watch this film, go to: roadtothelemongrove.com

Charly straddles two cultures with citizenships in both Canada and Italy. His primary residence is Hamilton, Canada . . . where he lives with his wife Barbara and cat Max. You can learn more about Charly by going to charlychiarelli.com or simply google his name.

Once Upon A Pizzeria has been nominated by our staff as one of their favorite books.