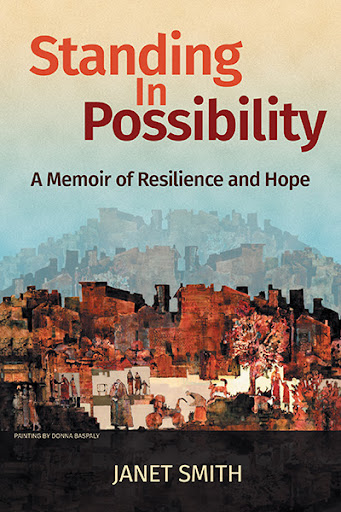 Standing in Possibility: A Memoir of Resilience and Hope is a book about the author’s secrets and their emotional impact on both her personal and working life. Janet Smith was a pioneer in many areas of her life, a woman who found herself in leadership roles, often as the first woman ever to be in those positions. At the same time, Smith’s personal life first proceeded and then overlapped those milestones. Smith gave up two children for adoption and kept her love affairs hidden. Hers was a life of secrets, silos and isolation. Freedom came later in life for Smith, who brought the pieces together in this book. She hopes her memoir will be inspirational to both women and men who face similar challenges in their lives.

Standing in Possibility is way of living, looking forward, and overcoming adversity instead of looking backward and regretting the past.

I’ve known Janet Smith since I was an undergraduate at UBC in the late 1960’s when she was my mentor; but only after reading her book do I know about the secrets she kept hidden for so many years. Her story reveals those secrets, as well as the challenges she faced working with male colleagues and their chauvinistic attitudes. That she became a Deputy Minister in Canada’s Federal Government is a testimony to her determination and resilience.

Janet Smith's moving memoir is a very compelling read. It would make a superb movie.

A must read for any one interested in the pioneers who first shattered the Canadian public service's glass ceiling. If I had chosen the cover for this book, the illustration would have been of a female mountain climber moving steadily upward. Join Janet on that long trek over any number of obstacles. 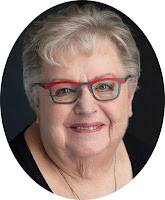 A divorced career woman and mother of two daughters, Janet Smith earned a B.Comm from University of British Columbia and a PhD from the University of California at Berkeley. Born in Quebec, and growing up in a small town in Alberta, she spent most of her working life in Ottawa as a public servant, reaching the most senior position of deputy minister in a number of federal government departments. Smith’s first position in Ottawa was in the Office of Equal Opportunities for Women. In that role, as well as in subsequent positions, she promoted and mentored women in making their choices, something she continues in retirement.

Janet Smith lives on Salt Spring Island, British Columbia, where she is enjoying retirement in a very special and unique community.