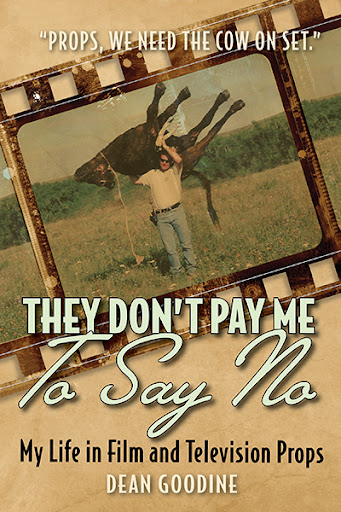 Props are integral to the success of any movie or TV show. Weapons, books, newspapers, eyeglasses, military gear, medical equipment—virtually anything that a character holds, reads, uses, or shoots on screen is provided by the props department. The right prop can become an iconic plot point on which the entire story pivots, turning that item into a fabled piece of Hollywood history. The wrong prop can expose a film or a TV show as a shoddy production, making the story more laughable than believable. Even worse is a prop breaking, or not showing up when the cameras are ready to roll.

Such a scenario is the worst nightmare for someone like Dean Goodine, who has spent nearly four decades putting props into the hands of actors and using these items to help bring imaginary worlds to life. Dean has worked on everything from Oscar-nominated feature films like Unforgiven to network TV shows like Stargate SGI to streaming hits like A Series of Unfortunate Events to small independent films.

In this book, Dean details the highs and lows of his thirty-six years in props, giving readers a firsthand look at what it takes to deliver the goods on screen. It’s full of humourous stories and hair-raising moments, and it features many names that you will recognize along the way.

When it comes to recognizing excellence in the film industry, no awards are ever given for props, but by the time you reach the end of this book, no doubt, you’ll agree there should be.

“Dean Goodine is both a fantastic prop master and a lovely person. He is a fellow filmmaker. His choices and suggestions have elevated the 31 hours of television shows we’ve done together. He is genetically wired with the inability to say 'No.'"

—Barry Sonnenfeld, Film Director of “Men in Black" 1, 2 and 3, “The Addams Family”, “Get Shorty”, “A Series Of Unfortunate Events”, “Schmigadoon”, and author of "Barry Sonnenfeld, Call Your Mother: Memoirs of a Neurotic Filmmaker” 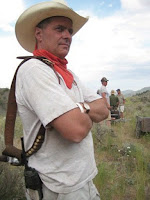 Dean Goodine is one of Canada’s top property masters. For the past thirty-six years, he has worked on dozens of feature films and TV shows, including Unforgiven, Legends of the Fall, Cool Runnings, Open Range, The Assassination of Jesse James by the Coward Robert Ford, Passchendaele, Stargate SG1, Stargate Atlantis, A Series of Unfortunate Events, and See, to name a few. Dean lives in Summerland, BC, with his wife, Janice Blackie-Goodine, who is an Academy-Award-nominated and Genie-Award-winning set decorator.

They Don't Pay Me To Say No has been nominated by our staff as one of their favorite books.