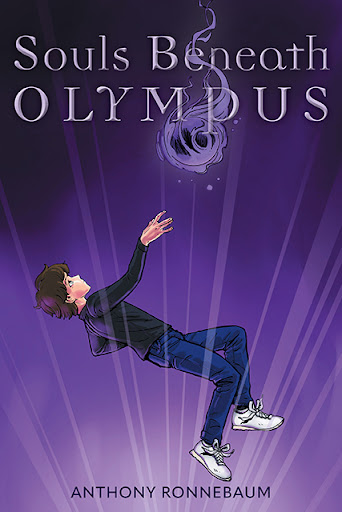 Souls Beneath Olympus
by Anthony Ronnebaum

Eligio is a high school student who has spent his entire life as a slave in a world controlled by an oppressive organization called ROYALTY. When he is cast out by his friend group, he decides to end his life. However, the primordial god Chaos seizes the opportunity to take control of Eligio’s soul, using him to break into the Underworld to fight Hades.

Returning to Earth as the new king of the Underworld and wielding immense power, Eligio decides to destroy the gods who ruined his world as well as ROYALTY. Eligio joins with a group of new friends, who also receive powers from the Greek gods. As they hunt for three mystical jewels that will enable them to travel to Olympus to confront the gods, Eligio is torn between destroying those responsible for corrupting his world and protecting the people he’s starting to care for.

Meanwhile, the old friends who abandoned him are recruited to join a ROYALTY task force named Squad Null. Their goal? Destroy Eligio and his team before Eligio destroys the gods above and the world below.

Anthony Ronnebaum has always had an unstoppable imagination, but he’s mostly kept it to himself—until now. While Souls Beneath Olympus is his first novel, he plans to write many more in this series and beyond. He uses fiction to help readers understand how corrupt our world is, while reminding them of what a small group of determined young people can do to change it.

Anthony lives in Florence, Kentucky, with his mother and their silver lab, Winston.