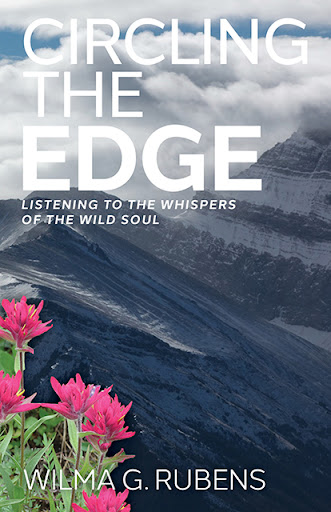 Growing up in a Scottish Presbyterian family in the nineteen fifties, Wilma is completely at odds with her inner world. Craving something she could not name and defying cultural expectations, she leaves Scotland. Her search takes her all over the world, climbing in remote mountains, exploring and working in exotic countries.

Exposed on her travels to vast differences in faith and cultural norms regarding women's roles in society and home, Wilma finds the courage to distance herself from the repressive lessons of her youth and examine her personal insecurities. She grows to delight in aspects of herself that she’d been taught were unworthy and reinvents herself as a passionate, self-aware, empowered woman in all her chosen roles.

This is a story of becoming. With authenticity, she draws the reader into a turbulent yet rewarding adventure of loss and love. Wilma’s spirited memoir will resonate with anyone seeking self-discovery and acceptance as they explore the winding path of their life experiences.

“It takes a courageous soul to live and share her personal story of conflict, love and travel. The way Wilma weaves the captivating stories of her adventures around the world has the reader evaluate their own life and renew their belief in humanity. This book and Wilma herself are an inspiration.”

—Katrina Rosen – Bestselling Author of With You By Bike

Scottish born Wilma Grace Rubens, educated at Edinburgh University, followed her wanderlust to India, Oman, England, New Zealand, and Australia before settling in Canmore, Alberta. Her writing is grounded in her extensive travels and decades as a facilitator of Conflict Resolution, Parent Education, Meditation and Life Writing workshops. In Calgary 2000, she received the C-cala Life of Learning Award for her work as co-writer and facilitator for The Literacy and Parenting Program.

Along with her book of poetry, Entangled Enchantments published in 2009, her writings have appeared in a number of Australian and Canadian Magazines, as well as the Anthology, The Story That Brought Me Here: To Alberta From Everywhere. (Brindle & Glass, 2011). Her story Mountain Mama received an Honorable Mention in the 2010 CBC awards.

She and her husband, who are now grandparents, have two grown children who live in Kimberly and Revelstoke. They are found in all four seasons playing in the mountains, their paradise on earth.

Circling the Edge will be available in the FriesenPress Bookstore soon.