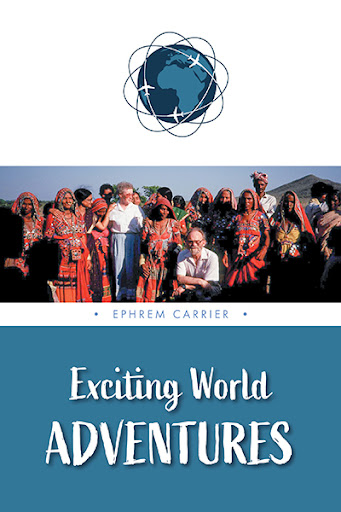 Exciting World Adventures is a collection of short stories that take place around the world, in settings ranging from Africa all the way to the Arctic. Some tales are fictional depictions of people from vastly different places and walks of life, such as Comfort, a pensive African girl who longs for nothing more than to go to school, and Robert, a young professional who is suddenly freed from his stifling marriage by a shocking turn of events. Other tales are truth stranger than fiction, offering highlights from the author’s globe-trotting life as a naval petty officer, scuba diving enthusiast, and international development volunteer. For example, there was the time when Ephrem landed a plane on a long-abandoned airstrip during a thunderstorm—and had to take off the next day without a runway. Then there was the time when a taxi driver who had agreed to take Ephrem and his wife to the Indian village of Dostpur turned out to have no idea where he was going. By turns funny, heartwarming, and sobering, each and every one of the stories in this book explores the unexpected, complex, and ever curious nature of humanity in societies across the globe.

EPHREM CARRIER served twenty years in the Royal Canadian Navy (up to Petty Officer First Class) before working as a hospital administrator in Alberta and the Northwest Territories. He also served as a Governor General-appointed official receiver. Ephrem and his wife Jean Murtagh, a registered nurse and midwife, from Scotland volunteered in various capacities with the Canadian Executive Service Organization (CESO) for nearly five years. This work took them to Ghana, the Philippines, India, Indonesia, Côte d’Ivoire, and Haiti. Ephrem has also previously been a qualified scuba diving instructor and private airplane pilot.

A longtime storyteller and member of the Writers’ Federation of New Brunswick, Ephrem has published several articles and collaborated on the children’s book Pa’s Harvest (with Jan Andrews; Douglas and McIntyre, 2000). Ephrem lives in Fredericton, New Brunswick.