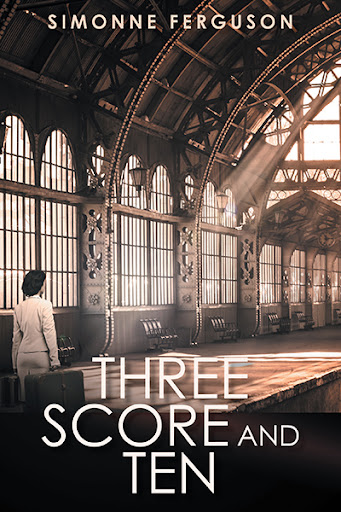 By the summer of 1944, as the Allies moved into Belgium and Holland and it began to look like they had a chance to win the war, Sheila was at last posted to the European side of the English Channel, and was excited to think she would finally see some real action and have some adventures on the Continent.

She didn’t expect it to change her life forever.

While sorting through her mother Sheila’s letters, pictures, and poems after her death, Simonne Ferguson discovered a woman that she had only seen glimpses of as she was growing up.

Three Score and Ten is a personal memoir of her mother’s life, from her childhood in England—the daughter of a patriotic Irish Catholic father and a middle-class English Protestant mother—to joining the British Army on the second day of WW2—a decision she never regretted—then leaving everything behind to come to Canada as a war bride, and adapting to life as a rural Ontario housewife, married to William ‘Brownie’ Eccles, and mother of four.

A touching tribute to her mother, Three Score and Ten gives readers a glimpse into the life of a woman who was not afraid to stand up against injustice and for what she believed in, and who always tried to achieve her dreams, but was often frustrated and disappointed by the restrictions placed on women in the twentieth century.

Simonne Ferguson enjoyed a thirty-eight-year career in Canadian criminal justice. Upon retiring, she decided it was the perfect time to write and share her mother’s story.

She lives in Kingston, Ontario, Canada.