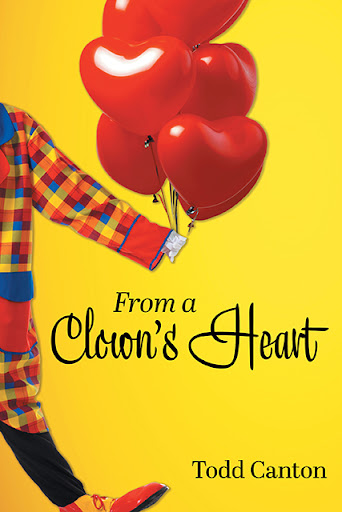 From a Clown's Heart
by Todd Canton

Todd Canton has made it his mission to bring laughter to others as a comedian and a clown—but his life hasn’t always been full of joy. After losing his father at the tender age of eleven, his mother’s strength and his own humour were what got him through. He learned that when you face life’s hardships with a smile, you often win.

In From a Clown’s Heart, Canton shares his insights and reflections through a creative narrative spanning many years, and many personal stories. In a world that is often full of challenges and unforeseen problems, Canton’s stories urge people to never give up—there are always better days ahead. So pick up this book and travel back through the years to his childhood, through happy and sad times, and hopefully you will find yourself somewhere between the pages.

Todd Canton was inspired to write From A Clown’s Heart by country singer Tanya Tucker. She hadn’t recorded an album for twenty years, and as far as she was concerned, the best of her career was behind her. Until she was offered a collaboration for an album designed especially for her, and won her first Grammy at sixty-one years of age. With that story in mind, Todd decided there was plenty of time for him to write his first book.

Canton lives in Truro, Nova Scotia, on Canada's beautiful East Coast, where the only thing more beautiful than the Maritime province is her people.