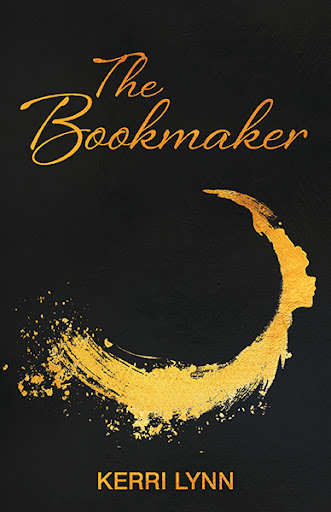 The Bookmaker
by Kerri Lynn

Lyric Murphy has been trying to keep her imagination from running away with her. She knows it makes her family uncomfortable when she sees things they don’t. But before she can get a handle on it, she finds herself face to face with two runaway words. They belong to the Bookmaker, a mythical being who lives in a world that exists just out of sight of her own. When the two words disappear again, Lyric sets out on an adventure to help the Bookmaker find them. It doesn’t take long for Lyric to realize she’s no ordinary girl no matter how hard she tries to put her imagination away. As she’s pulled deeper into the Bookmaker’s story, she realizes it’s no ordinary tale either. In fact, how it turns out will determine the fate of her world and the Bookmaker’s forever.

KERRI LYNN grew up on a ranch on the edge of the wild forests of British Columbia. Along with her love of the outdoors, she has played around with and studied words since she was a child. She is the mother of four teens and a dog named Charlie. Kerri loves nature, imagination, and all things spiritual.