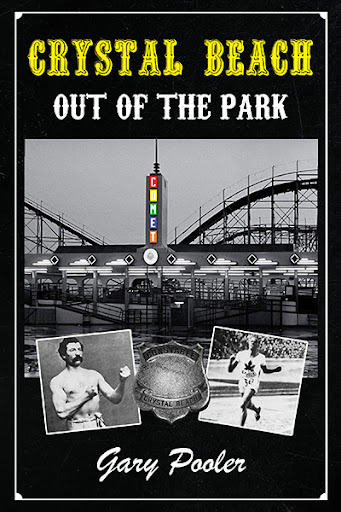 Crystal Beach
Out of the Park
by Gary Pooler

“The memories within the millions of people who experienced Crystal Beach, even just once, will never be lost.”

One of Canada’s greatest entertainment centres existed for one hundred years in an isolated little village in one of the southernmost corners of Ontario, just across the lake from Buffalo, New York. Nicknamed “Buffalo’s Coney Island,” the Crystal Beach Amusement Park swarmed with American visitors in its mid-century glory days, and its stories were carried all over the world.

A Crystal Beach resident since childhood, Gary Pooler takes readers behind the scenes of a world class amusement park, combining local history, sports journalism, true crime, and North American folklore to create a unique picture of the quirky Crystal Beach community, both in and “out of the park,” through its geographical and social history. These collected stories tell of the life and times in an amusement park resort community—a summer-long carnival, illegal prizefighting in the nearby sand hills, world class entertainers and athletes, featuring the likes of Jesse Owens, an eccentric traveling minstrel, vaudevillians settling in the village, police scandals, bootlegging, and even murder. Pooler chronicles the gradual decline and closure of the amusement park and the effect this had on the village, and illustrates the community’s triumphant renaissance in recent years.

Harrowing and nostalgic, Crystal Beach: Out of the Park is a rare and vital historical record and a spirited exploration of Crystal Beach in all of its various shades and stages. 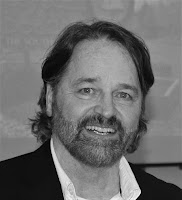 He worked at Crystal Beach Amusement Park as a brake operator, and later as a lifeguard on Crystal Beach. He also worked for the Bay Beach Corporation, and as a Social Services Caseworker responsible for the Crystal Beach area. His grandfather Carl Pooler was a carpenter at the amusement park in the 1920's.

Gary is a retired Ontario Provincial Police officer. He has been a Detective Constable in Organized Crime Enforcement and in Casino Enforcement. He has also held the positions of Intelligence Liaison Officer with the federal government, high school supply teacher, and part-time instructor at Niagara College.

Gary was a member of the Western Mustangs football team, and was drafted by the Montreal Alouettes of the Canadian Football League in 1980. He has also competed in the Hawaiian Ironman Triathlon World Championship. In 2010, he was inducted into the Greater Fort Erie Sports Wall of Fame. He has also coached high school football and track as a community volunteer.

Gary lives in Ridgeway with his wife and three teenage sons. Since retiring from the OPP, Gary plays with the Neil Young tribute band, Neo Young. (neoyoung.ca, follow Neo Young on Facebook & You Tube). “Crystal Beach: Out of the Park” is his first book.