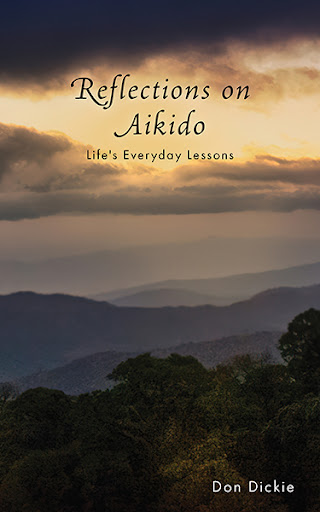 2020 was the year in which George Floyd was killed and COVID-19 struck the world. In May, demonstrations raged and then COVID lockdowns just barely smothered the flames, leaving the embers red hot amongst the dry tinder of society’s privilege. Against this backdrop, Aikido, the Way of Peace, faltered, with systemic racism and physical distancing eviscerating the ability to practice within the confines of a dojo.

This book will remind Aikidokas of O Sensei’s original teachings. Aikido is more than physical technique that applauds athleticism and crowd appeal. There is a dimension of personal and societal development hidden in O Sensei’s lectures and dokas. O Sensei’s vision of Aikido went beyond technique, beyond white privilege and beyond a COVID pandemic.

Selected quotes from The Heart of Aikido and The Secret Teachings of Aikido appear at the beginning of each chapter, followed by poems that explore O Sensei’s underlying intent and meaning. This book will help Aikidokas of all levels to get in touch with O Sensei’s vision to help society to build a more peaceful world. 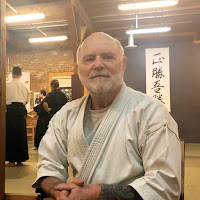 Don Dickie has been practicing Aikido since 1980 and has been the Chief Instructor of the Ottawa Aikikai since 1990. He holds the teaching rank of Shihan (Master Instructor) and the rank of 6th Dan. He also holds a 3rd Dan rank in Tae Kwon Do. He follows a daily meditation practice as a practicing Buddhist. Professionally, he holds a PhD in statistics and measurement, an MSc and BSc in Kinesiology, and a BSc in Cognitive Psychology. His kinesiology and psychology backgrounds have influenced how he teaches Aikido.

His first book, Data Analysis and Sampling Simplified, A Practical Guidance for Internal Auditors, was published by the Institute of Internal Auditors Foundation, in August 2019 with the intent to provide professional guidance in identification of high risk subsets and the use of different selection strategies.

In April 2020, as part of the 40th Anniversary celebrations for the Ottawa Aikikai he published his first book of poetry about Aikido, Silent Winds of Aikido. This book was designed for his students and summarizes much of his personal teachings. It is suitable for Aikido students and teachers alike as they wrestle with the balance between technique and awareness.

Don lives in Ottawa, Canada. Every morning during his meditation, he looks out upon a small backyard in a quiet suburb. He shares his life with his wonderful husband, shaman, and tantrika, Roger.