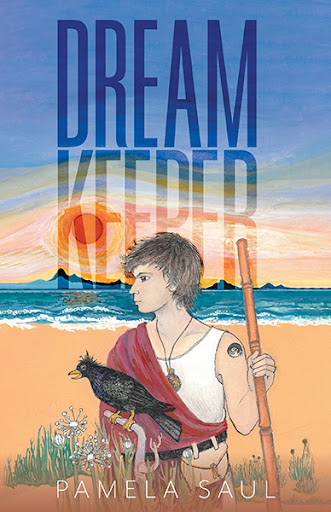 When Kestrel first joined the crew of the Dreamkeeper—a ferryboat servicing two small jungle villages on the Gecko River—he was only eight years old. Five years later, he's become a strong young man and his three crewmates have become his family. He looks up to them all: Seth, his guardian and captain, who has always been like a big brother to him; First Mate Thorn, an old sailor who has spent the better part of his life on the Dreamkeeper; and carpenter/cook Caarn, nicknamed Cleaver, a powerfully built traveler from the Crocodile Coast with a mysterious past.

Kestrel’s almost idyllic life should have been enough, but some small part of him always wished for adventure. For better or worse, he would soon get his wish, as a new development turns his life upside down, leaving the future of Dreamkeeper and its crew uncertain and starting them on a journey of exploration and discovery.

Unexpected dangers, tightly held secrets, and incredible revelations from the past could easily tear the Dreamkeeper and its crew apart before they reach the end of their astounding journey to the Sparkling Sea. Will their friendship—their bonds of chosen family—be enough to see them through? Or will they be forced to continue their travels separately, with no home port in sight? Anything is possible … on the Dreamkeeper.

The author was born in Yorkshire and grew up in a small village on the edge of the moors. She taught high school in England before emigrating to British Columbia with her husband, where she continued her career as an art educator and artist in Prince George and Penticton.

She was inspired to write this book by her love for young people, and the adventurous lives of her her own children and grandchildren, and by the times spent on her father's sea-going boat as a child. She now lives in beautiful Salmon Arm and enjoys travel, gardening, music, reading and bird-watching.