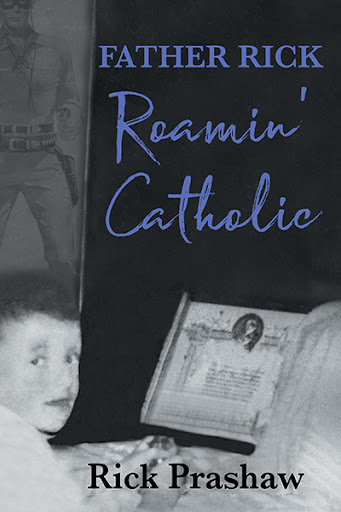 As a boy, he played a priest saying Mass. Fast forward to the ’70s—long hair and rock-n-roll—a time for enjoying a new freedom as a budding young journalist at the Vancouver Sun. But after a random, chance trip to Seattle to visit family at a rectory, his life changed in an instant.

Because when God calls, you answer.

Father Rick thrived in the Second Vatican Council Reformation. He helped build communities and opened minds and hearts through his humour, passion, and understanding. Eleven years passed, and Father Rick began to feel the familiar pull of change. Love finds a way. He could no longer deny his new calling—husband to Suzanne and Dad to an irascible Adam who would lead him to forever love.

Father Rick, Roamin’ Catholic is an eye-opening memoir shining a light on faith, religion, and the little-known life of priests. There is joy and mischief in the stories Rick tells a niece in Toronto as they munch Easter eggs on Good Friday during the Covid pandemic. He writes about a Church’s declining attendance and troubling issues, right beside miracles, good works, and good people.

“My faith was now more Roamin’ than Roman Catholic, a God bigger than any catechism taught me. Be who we are. Love who we love. A believer, still standing."

“The next Frank McCourt! Rick Prashaw is one of the most engaging, passionate and entertaining writers we have yet seen this millennium! A must-read book!”

“Are there times in the hectic chaos of life that you stop and wonder what happened to your faith, your community and the Church that seems so determined to break your heart? Rick Prashaw guides us through the troubles and on to hope, to a big God, and our work for justice, beginning with real reconciliation with Indigenous People.” 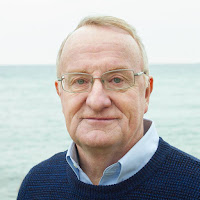 Rick Prashaw is a former journalist, Roman Catholic priest, social justice advocate, and staff to Members of Parliament. Since 2014, he has been an advocate for both transgender human rights and organ donor registration. He currently resides in Ottawa, Ontario, with his Labrador dog, Dallas.

Father Rick, Roamin’ Catholic is his second memoir. His first, Soar, Adam, Soar, is based on the life of his inspiring son, Adam, who tragically died in 2016.