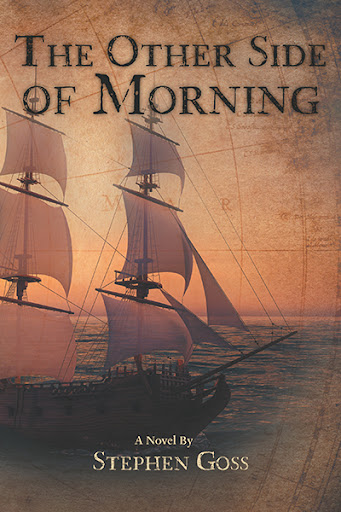 The Other Side of Morning
by Stephen Goss

It is Sunday, June 20, 1756, in Calcutta. Fort William has been overtaken, and most of its occupants have fled or been killed. Only 145 denizens remain, and nothing could prepare them for the horrors that await them in the Black Hole, a minuscule military prison in which they will be crammed for the night. Only twenty-two will survive, emerging from the mass of dead bodies in the stifling Calcutta dawn.

During this dark episode in British–Indian relations, one resolute and enigmatic man rose to the forefront of the struggle and toiled to save as many lives as possible. Stephen Goss makes this man, John Zephaniah Holwell, come alive in a dynamic novelization of his exploits. Holwell was a doctor, a scientist, a military surgeon, a mayor, a magistrate, and a governor, as well as a devoted husband and father. The Other Side of Morning imagines Holwell’s beginnings in his British homeland and his quest for adventure as a young man. In this scintillating portrayal of his life and work, we follow him as he studies smallpox, becomes a proponent of cutting-edge medical methods, falls in love, travels to India as a surgeon for the East India Company, and plays a complex and pivotal role in Indian-British relations in the first half of the eighteenth century.

This is a story of personal triumph and tragedy, political nuance, and the power of one man’s indomitable will. The Other Side of Morning is an immersive journey into pre-colonial India. In an illuminative blend of history and fiction, Goss transports readers to eighteenth-century Calcutta.

Stephen Goss was born in India and has maintained a lifelong affinity for the country, its history, and its people. In his adopted small-town Alberta home, he grew up enchanted by stories of the distant and exotic land he had left as a young child. He has made it a personal mission to study pre-colonial India, the British Raj, and the struggle for Indian independence. He has also travelled extensively and is an adventurer at heart.

The Other Side of Morning is his first novel.

Stephen is a retired educator with Edmonton Catholic Schools and lives in Edmonton, Alberta with his wife, Laura.