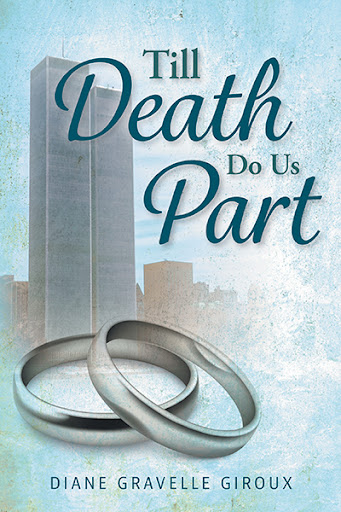 Till Death Do Us Part
by Diane Gravelle Giroux

Renee had found the love of her life—Paul Hamilton. She had a fairy tale wedding and now a charming home with a white picket fence. But not long after her marriage, her seemingly perfect life begins to crumble. Paul comes from a well-to-do family in Boston, and his wealthy parents don’t think Renee is good enough for him. Then, when Paul is called to New York on business, he is in the Twin Towers when they are struck on September 11. Believing he is dead; Renee and his parents are devastated.

But unbeknownst to them, Paul has survived, though he has lost his memory. Distraught and confused, he collapses at the doorstep of a young single mother named Rachel, and as she takes care of him, they slowly fall in love. Meanwhile, Renee has found out she is pregnant with Paul’s child. She doesn’t want his controlling parents to know. While she takes some time away on holiday, she meets Matt, a doctor, who falls in love with her. Through gossip, her in-laws find out she is pregnant, and after Renee gives birth, they come to the hospital with documents giving them custody of the child.

Renee’s devasting story makes the news, and when Paul sees it on television, his memories come flooding back. He now must decide where his heart belongs. Will true love prevail?

Diane Giroux lives in North Bay, Ontario, Canada. She has been married for thirty-three years to her husband, Rene. Diane has two dogs: a yellow Lab and a French Pin. She has been blessed with four children, a granddaughter, and two grandsons.

Till Death Do Us Part is Diane’s first book.