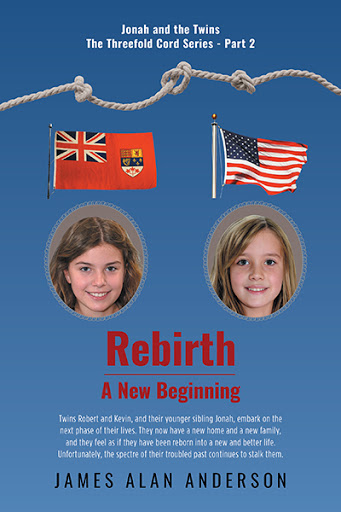 Like a phoenix, the twins Kevin and Robert and their younger brother Jonah, experience a rebirth after they barely survive the catastrophic house fire that killed their father and older brother. Now is their chance to start fresh in a new town with a loving adoptive family. The boys thrive in their new home, and they experience many of the typical ups and downs of a “normal” childhood in the 1950s. They are free of the abuses and draconian restrictions that their late father visited upon them after he became obsessed with the fanatical doctrines of the Radio Church of God. Kevin soon makes a desperate attempt to prevent a large family from falling victim to that abusive religious cult. The brothers can now freely pursue their own interests, the most alluring of which, are fledgling romantic relationships. Kevin gets bitten by the technology bug, and he starts building a number of electronic projects including a vacuum tube shortwave transmitter.

But the boys’ new life is tarnished when ominous vaguely written letters start to arrive at their new home that seemingly blame them for the house fire that resulted in the deaths of their father and older sibling. Although the boys bravely try to get on with their lives, their world soon comes crashing down when an unknown enemy decides it is time to take retribution on them for a sin they did not commit.

Rebirth is the second book in the Threefold Cord series that follows the lives of the three young brothers who have developed an unbreakable bond with one another. A combination of nostalgia, youthful adventures, misadventures, and intrigue, this book is a delightful mix of genres that will keep readers entertained and enthralled until the last page.

James Anderson, and Julie, his wife of 38 years, are empty nesters who live in Winnipeg, Manitoba. James is a retired professional engineer who has had a long-standing interest in electronics and radio communication. In fact, he even built the identical shortwave transmitter circuit when he was in his teens that Kevin manages to assemble in the story.

James took to writing fiction later in life, and his previous book, The Threefold Cord, soon inspired this story series. Book three, House of Refuge, follows Rebirth, and it will be published in the near future.