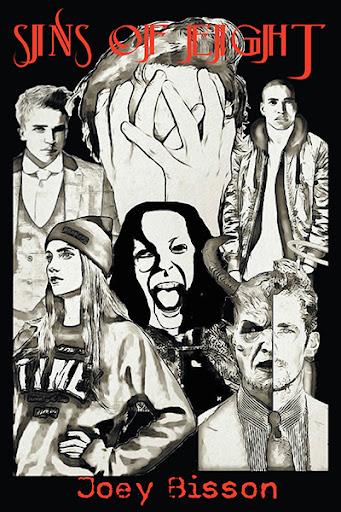 Sins Of Eight
by Joey Bisson

At a young age, Aiden Newbolde meets what he believes to be an imaginary friend. He introduces himself as Ira, though he prefers to be called Seven. He grows very fond of Aiden and because of this soft spot for him, Seven wants Aiden to live a normal life. Seven aims to prepare him for his future before it’s too late.

As Aiden grows older, he runs smack into that future when he is forced into the underground world of angels and demons, where he discovers that Seven has a truly evil history. In a cosmic game of tug-of-war, Aiden is caught in the middle, with both sides telling him he’s their golden boy. With his will being constantly tested, he must unravel the truth and decide which faction’s intentions are genuine before he is driven to the point of insanity. 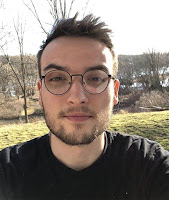 Joey Bisson loves having nightmares, which he uses as inspiration for his own writing. He is also inspired by the likes of Francis Lawrence (Constantine), Dario Argento (Suspiria), and all sorts of music. On a constant hunt for new songs, once he finds one that inspires him, he plays it over and over again until new ideas emerge that he can push into the Sins of Eight universe.

Joey lives in Cambridge, Ontario, with his cat, Buttercup. This is the first of an intended series. Find me on twitter, @bisson_joey.