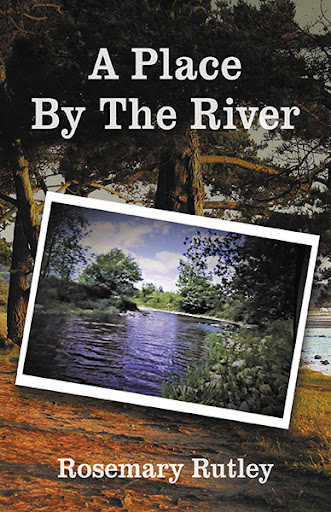 A Place By The River
by Rosemary Rutley

A Place by the River is a collection of historical fiction stories inspired by those who lived in and around the lost riverside villages of the St. Lawrence River before and after the St. Lawrence Seaway and Power Development Project of the 1950s. Formerly located on the north shore of the river, between the city of Cornwall, Ontario, and the town of Morrisburg, these lost villages included the communities of Milles Roches, Moulinette, Dickinson’s Landing, Wales, Farrans’s Point, and Aultsville, and the hamlets of Woodlands, Santa Cruz, and Maple Grove. They were sacrificed for the sake of the St. Lawrence Seaway and Power Project, which inundated their lands. On the Canadian side of the river, more than 6,000 people were displaced and some 200 farms destroyed. These stories provide a glimpse into the lives and the souls of a special people who once lived along this great river. Their lands may now be covered by Lake St. Lawrence, but the spirit of those who once lived there remains. It was their place by the river, and it shall always be so.

This collection will appeal to anyone with an appreciation for history, historical fiction, or good storytelling. It will be of particular interest to those living in the region and those whose ancestors may have once lived in the area of the St. Lawrence Seaway.

Rosemary Rutley brings eighty-five years of life experiences to her writing, some of which is woven into this her latest book. She learned about the people and places of the earlier years through stories from her elders and by researching historical events.

With A Place by the River, the author’s main objective is to cultivate the appreciation of the history and way of life within the area of the lost riverside villages of the St. Lawrence River, through the book’s stories and characters.

Rosemary is the author of the nonfiction titles Voices from the Lost Villages, published in 1995, and Of Curds and Whey: A History of the Cheese Factories in Stormont, Dundas & Glengarry, published in 2005. She was also instrumental in editing and publishing the history of her church: Built on Faith: The Story of a Church and Its People, St. Matthew's Presbyterian Church, Ingleside 1795–2002, published in 2002.