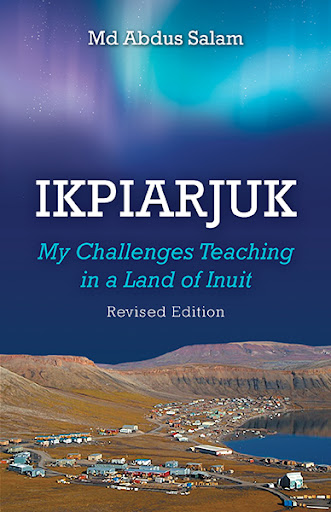 We travel to India to see the Taj Mahal, Egypt to see Pyramids, Turkey to see Blue Mosque, Italy to see Colosseum, South America in quest of Inca civilization, and so on. But very few travel to Nunavut – A Land of Inuit. Md Abdus Salam – the author, had a chance to travel, live, and work in Arctic Bay – a small Nunavut community, for 12 years. Not many people in the world know about life in Nunavut. Many people in the southern part of Canada have no idea where and what Nunavut is, no question to speak about Arctic Bay, where Salam landed to teach in 2007. As he learned to survive the harsh winters and other challenges unique to the North, the Arctic also provided him amazing experiences, from polar bears to the aurora borealis, snowmobiles, and potable water problems. Used to living in a large community with many amenities, Salam faced some unique predicaments while living and teaching in the land of Inuit. In the North, he learned of Inuit culture, heritage, and hunting practices while learning to live in a land of extremes—including -60C cold, three months of complete darkness in the winter, and 24/7 daylight for three months in the summer. The memoir Highlights Md Abdus Salam’s experiences first as an immigrant teacher and then as a principal in the community of Arctic Bay. Ikpiarjuk: My Challenges Teaching in a Land of Inuit speaks to the experiences of a talented educator’s time spent living and teaching in a place that was utterly unknown to him.

Ikpiarjuk – My Challenges Teaching in a Land of Inuit would not have been possible without the continued and tireless efforts of my daughter, Tasfia Anjum Salam. Tasfia took dictation from me and typed the draft of this book on a daily basis. Even if we were a thousand miles apart, she took dictation from me through WhatsApp. She was typing while I was speaking using Google doc sharing. I then copied the pages she typed in Google docs and compiled them in a separate file. She also did the editing, language, and grammar corrections.

Once the book took some shape, I took help from Steve Donahue who did hours of book coaching. Thank you, Steve!

Needless to mention here that my wife, Shamsun Nahar inspired me from behind to finish the book. She was excited and thrilled when I spoke about this book and encouraged me to go on with completing my story.

Finally, to Marc Brick, Jordan Rokosz, and others at FreisenPress, my continued thanks for their efforts over the years to ensure that the memoir about Nunavut continues to receive attention. 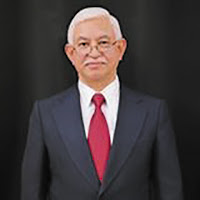 Md Abdus Salam was a teacher and then principal in Arctic Bay, Nunavut, between 2007 and 2019. He is passionate about education, willing to face whatever challenges life throws his way, and enthusiastic about sharing his experiences in the North.

Salam lives with his wife, son, and daughter in Brampton, Ontario. After retiring as a teacher and principal in Arctic Bay, he now works as a principal at an elementary school in Attawapiskat, a remote, fly-in community in northern Ontario, 460 km north of Timmins on the west coast of James Bay. He visits his family four or five times a year—during the Christmas holidays, Moose Break, Goose Break, Road Break, and summer vacation.

“I aim to help many people outside of Nunavut by sharing what I have learned about the land of Inuit.”