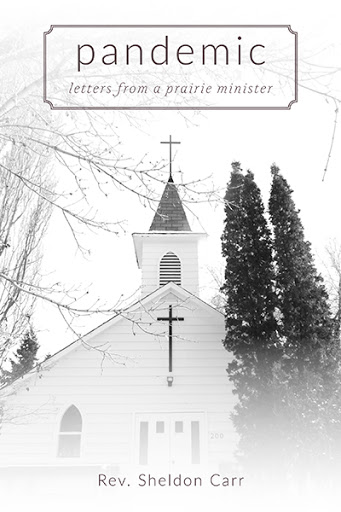 Pandemic
letters from a prairie minister
by Rev. Sheldon Carr

This book began as daily letters I wrote for my parishioners. Each day I focus on some small piece of scripture from the daily Revised Common Lectionary. I wanted to help people to see that scripture matters and it speaks to us in the 21st century. In the beginning I thought that I was writing for my parish. As time went on, I realized that I too was learning to live life and experience this time of trial with psalms, the prophets, and the Gospels as my guide. Primarily, I wanted my letters to encourage people in this time of pandemic. I want the letters to be a sign of hope when discouragement is everywhere.

"Throughout the pandemic, Rev. Sheldon’s daily email devotion was like a little bit of church each day and certainly helped us all from feeling isolated at a trying time. His response to the daily scripture was always put in the context of our times and gave us hope and inspiration through a difficult year."

"In this book of daily reflections, Sheldon gives his readers messages of hope and inspiration, while taking note of world events and local issues. With a blend of wisdom, teaching, insight, joy and wit, Sheldon gives us an inside look into life on the Prairies during the seasons of this pandemic.!"

"Sheldon Carr’s carefully crafted meditations bear witness to a sustained and deeply personal encounter with the Word of God. Readers will appreciate how his keen observations, astute insights and artful storytelling connect the Scriptures to the everyday world in which we live. Carr's meditations are an open invitation to delve deeper into the life of discipleship." 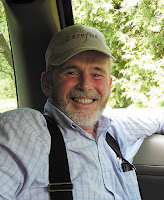 After a career on the family dairy farm in Glengarry county Ontario, the Rev. Sheldon Carr and his forgiving wife Rosann were ready for some new adventure. Their two children, a boy and a girl, had grown and begun lives of their own. Their son lives with his wife and two children in Hot Springs, Arkansas where he has a business building classic Harley-Davidson Motorcycles. Their daughter, also a minister, lives with her wife and one child in Saskatoon, Saskatchewan. Rosann worked as the manager of a ten bed Hospice in Cornwall, Ontario where Sheldon served as one of the volunteers. In retirement and with encouragement from Rosann and clergy friends, Sheldon began studies in theology. Study began with a programme for laypeople called Education for Ministry in the Diocese of Ottawa. Then began volunteer lay-preaching and pastoral care. Eventually travelling to visit children became too much so they moved to Saskatoon to be closer to family. It was in the Anglican Diocese of Saskatoon where Sheldon entered what was at that time called the Locally Trained Clergy Programme. He was Ordained to the Deaconate on the Feast of Pentecost, June 4, 2017 and priested later that same year and serves at St. John’s Anglican Church in Borden Saskatchewan.

Pandemic has been nominated by our staff as one of their favorite books.