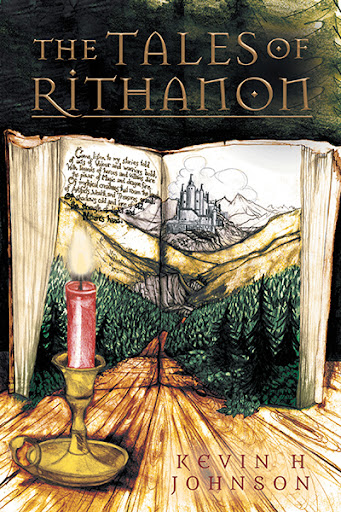 The Tales Of Rithanon
by Kevin H Johnson

With friends gathered around, the travelling minstrel Valdevo Baudelaire shares some of his most adventurous tales, tales of gallantry, great courage, strife, and woe, of tricks and mischief, heroes and villains, and light and darkness. Dragons, fairies, humans, dwarves, and elves alike come together to fight the deadly, demonic army of a dark lord, while kings contest for rule, powerful wizards help those in need, magical swords empower the brave, and knights vie for love and honour.

Full of wisdom and fun, this collection of short stories will bring readers into a high fantasy world of epic portions. So, embrace your mystical side and let your imagination wander as you kickback and enjoy reading The Tales of Rithanon.

Kevin Johnson has been reading fantasy novels since he was a teenager and ran RPG Dungeons and Dragons games for twenty-eight years, though played for thirty-five. The Tales of Rithanon, his first book, came out of his love for fantasy, the middle ages, and ancient historical mythology.

Kevin lives on a farm outside of Nelson, BC, in a small community called Harrop-Procter, with his parents. There, he enjoys farm work, writing, and playing music.

The Tales Of Rithanon has been nominated by our staff as one of their favorite books.