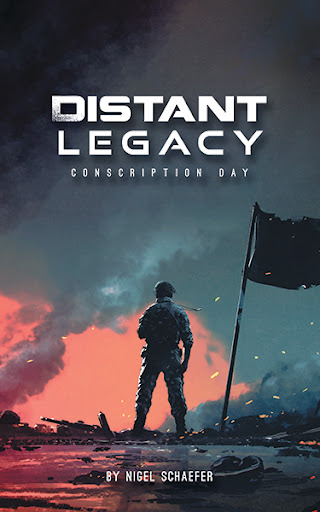 In the mid-2060s in Winnipeg, Manitoba, World War Three is winding down after thirty years of fighting, and Canada has finally pulled out of the war. Gary Foltz, a former math teacher, is one of the few surviving Canadian veterans, and he is seeing a psychiatrist, Dr. Brooks, to help him overcome the trauma.

As he learns to trust his therapist, he shares harrowing stories, painting a picture of the battles he fought during the war, both mentally and physically. His twelve-year journey took him from a battlefield in Princeton, B.C., to the dark prisons of Mongolia, to the dense city of Mumbai and all the way to the warzone in Norway. Dr. Brooks is determined to help his troubled patient untangle the past and make sense of what has happened so he can move forward with his new life in a world that is coming back to peaceful times. 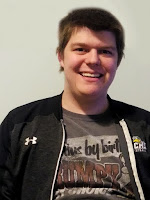 Nigel Schaefer is a young aspiring author who got the idea for Distant Legacy: Conscription Day from a dream he had about soldiers fighting an extended battle in a forest. He started writing and soon realized that being an author was his new life goal.

He lives in Stony Plain, Alberta, with his mother and his sister, and he is currently working on the next book in the series.