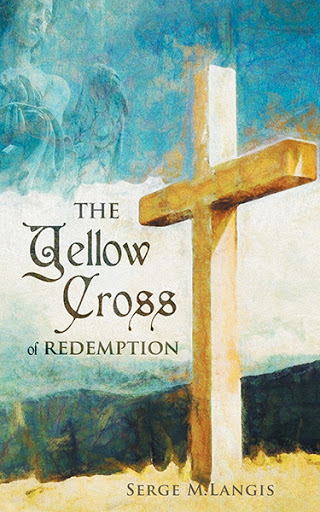 The Yellow Cross Of Redemption
by Serge M Langis

As a young boy, Christian Levro witnessed the brutal murder of his parents. The lingering shadow of that event, and its deeper implications, would haunt him for the rest of his life. The latest genetic link in a chain going back to a time of religious upheaval and persecution, Christian is a part of the Cathar movement: an ancient Christian sect believed to have been wiped out in 1326, following a Holy Crusade launched in 1209 by Pope Innocent III and King Phillipe Auguste of France.

Unbeknownst to the papacy, the sect survived, dispersed in small communities around the world, and the Levro family have always held the key to their continuity and salvation. As such, they are guarded by a secret order of protectors, their importance hidden and defended from any who might seek them harm. And those dangers are starting to close in. While on the surface, things may have changed, zealots still working in secret within the Roman Catholic Church have sworn to carry on the holy crusade they know is not complete. They will stop at nothing to ensure that the heretics are wiped from the face of the earth once and for all.

When tragedy strikes the Levro family once again, Christian’s young son, Sacha, is determined to unravel the mysteries surrounding his family’s history. He sets out on a quest fraught with intrigue, betrayal, lost relics, and secret texts, determined to finally get out from under the burden his family has carried for generations, and put an end to the persecution of his people.

The Yellow Cross of Redemption is book one in a duology, which will conclude with The Sacred Quest.

Serge M Langis is a retired senior federal government executive who worked in the fields of International Trade and Investment, and taught at the university level in Canada and Africa. He was also the co-founder of a small wine-importing firm.

These professional avenues gave him the opportunity to travel extensively around the world, where he developed a keen interest in obscure, historical religious movements, and the impact that faith and religion have on mankind. His on-site research of these movements was his inspiration for The Yellow Cross of Redemption, and its sequel, The Sacred Quest.

He currently lives in Dieppe, New-Brunswick, with his wife, Monique. They have two grown children: Sofi and Luc.