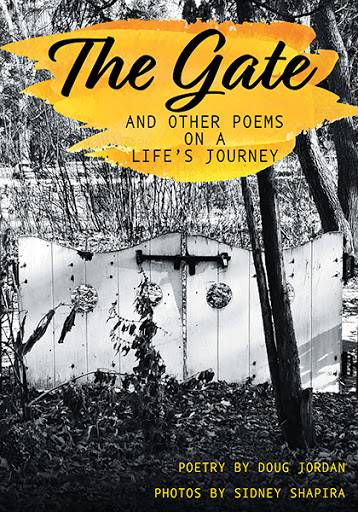 Poems and pictures, Poetry and photography, A life in poems, Canadian poet, Shilo, Life and loss, Love and lust

Each and every life is filled with poetry, even when its verses are never articulated. The perfect smile aimed at you with love, the feeling of inexplicable solitude in a crowded room, the perfect calm you sometimes feel before opening your eyes in the morning …

The Gate and Other Poems on a Life’s Journey takes these emotions—these moments in time—and captures them forever in black and white, where they can be shared with others who have never found the words.

Accompanied by artistic photography, this poetry collection will take you on the journey of the author’s life, from his early years through his professional life, his courtship, marriage, loss, and an uncertain a future, living with Parkinson’s Disease.

Vulnerable, humorous at times, and thought-provoking throughout, The Gate and Other Poems on a Life’s Journey is a trip very much worth taking. 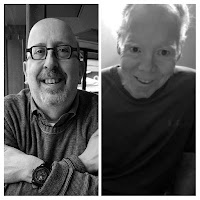 A teacher for over twenty-nine years, Doug Jordan, B.A., B.Ed., M.Ed., L.L.B., also practiced law for a few years before returning full time to his students, whom he found a great deal more interesting than his legal practice. A life-long writing enthusiast, he was an editor of the Brandon University Newspaper during his time there, and wrote and published a short book about outdoor survival. He also won first place for the Local Canadian Author’s Competition for his short story, “The Man Who Was Afraid of Bridges.” In 2000, he and two other authors established The Writers’ Collective to support up-and-coming writers in Winnipeg.

Doug has been living with Parkinson’s Disease since 2011. The struggles he has faced, paired with the grief of losing his beloved wife to cancer in 2019, and trying to press on, have helped him to bring his heart to his writing. Now, none of his experiences will be forgotten.

Doug lives in Winnipeg, Manitoba, close to his three children and four grandchildren.

In the Summer of 2020, Doug reconnected with a former student he hadn’t seen in over forty years. Sidney Shapira, B.A., B.ED. had followed in Doug’s footsteps, becoming a teacher, consultant, and principal, before retiring and pursuing his love of photography. The photos in this book are the product of that pursuit, and the project management and editorial skills he gained in his professional experience were invaluable to Doug as they worked together to bring this book to fruition.

Sidney Shapira also lives in Winnipeg, with his wife Denise Belanger. The pair have one son who lives nearby.