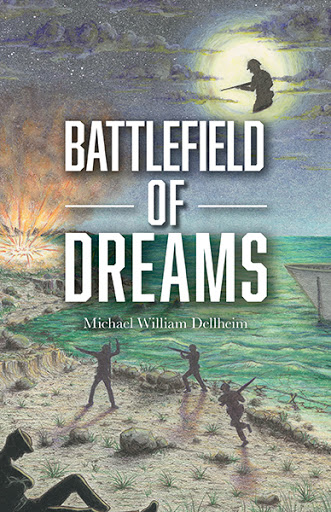 Dreams haunt him. Should he embrace what his visions are showing him? Or flee from the horrors of war?

Michael is plagued by dreams. When he falls asleep at night, he keeps envisioning his three brothers-in-arms and wishing he could join them in the fight against evil. However, these are no ordinary imaginations: in his sleep, Michael is actually living out another life as a soldier in the second World War. Over the course of the 1980s and 90s, Michael must move with his family across America, always yearning for his brothers-in-arms and never knowing how close he really is to them.

As he grows up, Michael juggles his life as an American teenager with his all-too-real visions of war. The stories of all three of the Anderson brothers and Michael, are threaded together in this real-life adventure with a twist of fiction. Trauma, history, and family development emerge through this story of war and determination.

Michael W. Dellheim writes from his own personal experiences in the military. He knows all too well the hardships of serving far away from family and is haunted by dreams, shaped by the struggles he’s experienced while serving. While Battlefield of Dreams is his first novel, he has had research papers published in the GCU library, where he studied Elementary Education with an emphasis in Language Arts.

Michael lives in, Arizona, with his family, their two dogs and cats.