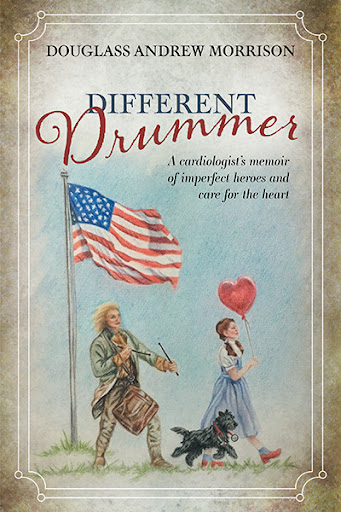 Andreas Gruentzig performed the first coronary artery balloon angioplasty (plasty) in 1977. Shortly after that, Doug completed his medical education and training and determined to contribute to the field Gruentzig’s work had spawned. In 1984, just as things were taking off, Doug developed a cervical disc with neurologic impairment of his right arm. That’s when his neurosurgeons broke the bad news: his interventional cardiology career was over. Or was it?

Doug elected physical therapy including cervical traction rather than the proposed surgery. The career disruption elicited a deep depression. This prompted him to seek psychiatric care. It also made him aware of the steep price many people in his field were paying for repeated exposures to life-and-death situations. This created a dilemma akin to soldiers in battle, including the associated problems of burnout, depression, substance abuse, PTSD, and suicide.

Over months, the neurologic and psychologic symptoms improved. Defying the experts’ predictions, he was able to resume an interventional cardiology career and follow in the footsteps of many cardiac interventional and surgical heroes. As he describes in chapter 12: “My high-risk plasty career could not have occurred without two things:

• the shared courage of many of my high-risk patients and their families, and

• the psychiatric care I received throughout much of my medical practice.”

Doug followed his academic stint with fourteen years of private practice in rural America, where he applied the AWESOME hypothesis in the real world. Today, coronary angioplasty with stents has become the standard emergency care for acute myocardial infarction and other medically refractory, acute coronary syndromes. This book recounts the role Doug played in the plasty revolution, the price he paid for his success, the debt he owes to many heroes, and his hopes for the future for patients and care providers.

Douglass Andrew Morrison has been a physician, teacher, and clinical investigator for forty-eight years. He spent twenty-six years climbing the academic ladder to the level of professor of medicine at the University of Colorado and later at the University of Arizona. He is Board certified in internal medicine, pulmonary disease, cardiovascular disease, interventional cardiology, and echocardiography. He is a Fellow of the American College of Cardiology. While serving as faculty at the University of Arizona, and Cath Lab medical director for the Tucson VA, he earned a PhD in epidemiology from the University of Arizona College of Public Health. He has served on professional journal editorial boards and participated in the Food and Drug Agency’s cardiac device approval panels. He co-edited, with Patrick Serruys, two interventional cardiology texts: Medically Refractory Rest Angina, and High-Risk Cardiac Revascularization and Clinical Trials.

Doug lives in Yakima, Washington, with his wife, Joanne.