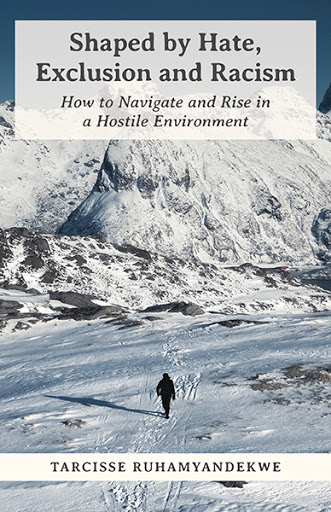 Shaped by Hate, Exclusion and Racism
How to Navigate and Rise in a Hostile Environment
by Tarcisse Ruhamyandekwe

This book tells a story of Tarcisse Ruhamyandekwe whose journey started at his birth in Rwanda. In his life, he has experienced so many acts of exclusion, discrimination and racism, so many times that his first reaction has been always to ignore them. This was not normal, but it was acceptable. That behaviour was somehow a result of his life in general. Exclusion, discrimination, and racism were present from the beginning of his life. He was born in Rwanda, then a country with a violent racism culminating in the horrible Genocide against the Tutsi in 1994. Between the age of five and seven, he watched soldiers of the post-colonial political regime countlessly take his father away in the middle of the night at gun point just because he was a Tutsi. Between the age of seven and thirteen, he was regularly asked to stand up and disclose his Tutsi ethnic group in class. In his early twenties he got expelled from National University of Rwanda and went to exile because of his ethnic group. In his mid-twenties, he was an undocumented student constantly subjected to derogatory naming in Zaire, and in his late twenties he was a refugee without a country in Swaziland. With that baggage, calling him a “Negro” in his forties in Canada was never a life-changing insult. But a sneaky racism was going to deny him incredible opportunities in a society where life depends greatly on financial performance. He understood then that for a Black person in Canada, and moreover immigrant, the window of opportunity is so small that not only do you have a limited time to take it, but you also need speci¬fic skills to rise, “not sink,” in a hostile environment. But in the end, those who put difficulties and hassles in his life made him a better person, stronger, compassionate and more resilient. 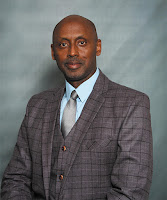 TARCISSE RUHAMYANDEKWE was born in Rwanda, in the current district of Nyanza. He studied Economics and Finance and holds a License in Applied Economics (Université de Lubumbashi - Zaire); a B.A. degree in Economics (Université Laval - Canada); a Graduate studies Diploma in Finance (Université du Québec en Outaouais - Canada) and an MBA in Financial Services (Université du Québec à Montréal - Canada). He is a certi¬fied Project Management Professional (PMP) and has worked several years in private sector. He is currently a public servant with the Federal Government of Canada in Ottawa. He has served several years in Canadian Forces (Reserve) first as an infantryman and then as an infantry Officer. He is a Certified Basketball Coach and spends his free time coaching Competitive Youth Basketball in the Ottawa region. His journey to Canada has been featured in the prestigious MacLean’s Magazine in 2012.

Tarcisse lives in Kanata, Ontario with his wife and their three sons and one daughter. This is his first book.