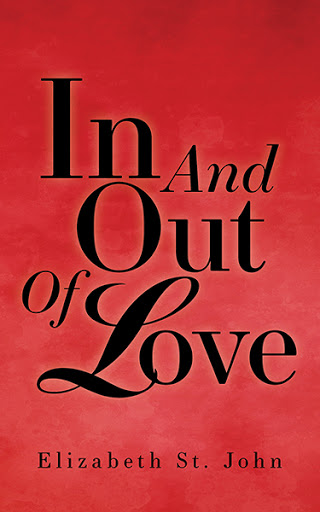 In And Out Of Love
by Elizabeth St. John

Krysten Harris and Natalie Sheridan's friendship began in childhood. From navigating their emotional teenage years to the tumultuous roller coaster ride of adulthood, they've gone through it all together, side by side, closer than sisters.

Spanning more than twenty-five years, their love lives have been full of equal amounts of happiness and heartache. For Krys, Darryl and Rick were the two loves of her life who showed her endless passion and limitless devotion. And for Nat, it was Tony and Ed who gave her immeasurable happiness and unending adoration.

At the end of it all, which man will win the heart of the woman he loves as they go through the years, IN AND OUT OF LOVE...

Elizabeth St. John is a fledgling writer and IN AND OUT OF LOVE is her first book. The idea to write it began when she was a teenager and it's been a work in progress for the past thirty years.

They say timing is everything, right?

ESJ lives in Winnipeg with her feather babies and loves to devour books, movies and TV series in her spare time. She has travelled to many places in the world, but her favorites are New Zealand, England and Greece.

Raised to love music, ESJ sings and plays several instruments, but her favorite is the guitar. Music has always been a vitally important part of her life and she cannot live without it, especially hard rock from the 80's. Her favorite bands are Bon Jovi, Heart, Journey, Blondie, Van Halen, Led Zeppelin and The Rolling Stones. She's not a fan of country music, but Johnny Cash will always hold a special place in her heart...