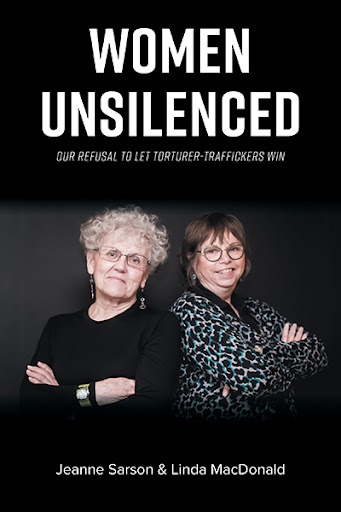 Women Unsilenced explores the impact of unthinkable violence committed against women and girls through multiple perspectives—women’s recall of life-threatening ordeals of torture, human trafficking, and organized crime, society’s failure to recognize and address such crimes, and close examinations of how justice, health, political, and social systems perpetuate revictimizing trauma. Written by retired public health nurses who include their own experiences helped give voice and understanding to women who have been silenced. This book discloses their “underground” caring work and offers “kitchen table” research and insights, using women’s storytelling on multiple platforms to educate readers on the unimaginable layers of perpetrators’ modus operandi of violence, manipulation, and deceit.

At times raw, painful, and shocking, this book is an important resource for those who have survived such crimes; professionals who support those victimized by torturers and traffickers; police, legal professionals, criminologists, human rights activists, and educators alike. It reveals how healing and claiming one’s relationship with/to/for Self is possible.

“This book fills me with pride because I know the authors. They saved my life and now I want to live.”

“Your beautiful wisdom and expertise in witnessing and supporting me through telling over the years about the organised torture and trafficking crimes I endured in my childhood by perpetrators in my family and in the wider community has set me free!”

“Their conviction to bring awareness about NST and reasons why it should be a criminal offense continues to make me believe that I am worth fighting for and that it is my torturers who should be held accountable, not me.”

“As a survivor of torture, I have been fortunate to have worked with you both, and my life has been enriched by your great kindness, strength, and humor.”

“The testimonials provide a compelling, powerful and honest portrayal of the brutality and humiliation experienced by victims of NST.“

"Through their work over decades, the authors of this publication give life and meaning, in a substantive way, to the work on the feminisation of torture, whether perpetrated by state or non-state actors."

—Prof. Rashida Manjoo, University of Cape Town and Former UN Special Rapporteur on violence against women, its causes and consequences

Jeanne Sarson and Linda MacDonald spent twenty-eight years developing ways of offering care and healing to women who, as children and or as adults, survived being tortured, trafficked, and who suffered other forms of sexualized exploitation inflicted by their parent(s), a guardian, or a spouse. And they welcomed hearing from other women who suffered torture when exploited in prostitution or pornographic violence. They have stood persistent to defy social willingness to ignore that such violence existed by calling for non-State torture to be criminalized and they utilize their website www.nonstatetorture.org to promote global awareness.

Their ground-breaking work began in 1993, fifteen years before the United Nations Committee against Torture ventured to write, in 2008, that acts of torture committed by private individuals or groups are specific human rights violations. Since 2004, they have been promoting its recognition in side event panels at United Nations sessions in New York, Geneva, and Vienna. With a co-authored chapter included in the book, Gendered Perspective on Torture: Law and Practice, launched at the United Nations by Ambassadors from Denmark and Norway, in response to former United Nations Special Rapporteur on Torture Juan E. Méndez’s innovative work on gender perspectives on torture. They celebrate this publication because back in 1993 they could find no literature on how to offer recovery care to women who survived such torture; they made it a goal to break this silence. They have done so with dozens of publications. Now they detail the intimacies of their journey in Women Unsilenced.

They value their friendship that has flourished as they travelled through offering care, hope, and belief to women during their work of recovery. They are often asked how two women—two nurses—who live in a little Canadian Nova Scotia town managed to achieve what they have. Their answer is simple: “We cared!”