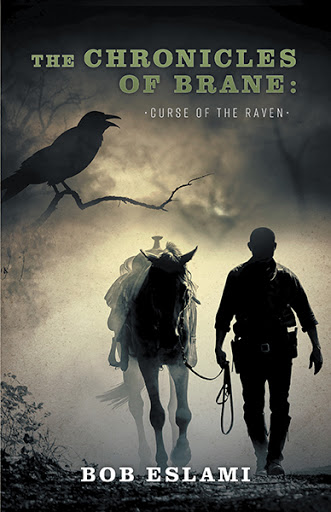 The Chronicles of Brane
Curse of The Raven
by Bob Eslami

Baltimore 1849. A curse has been placed over this town, as it seems... with Edgar Allan Poe blamed.

Action, mystery, and drama have all been mixed together in Curse of the Raven. The struggles, reality, and dangers people back then endured were amazing and as moral teachings to all readers. It was also a time for individuals to rise up and embark on great adventures.

This story revolving around famous writer Edgar Allan Poe will surely delight readers with its tale of mystery and heroics. And that is exactly what novel protagonist Jack Brane has taken upon himself to do: solve murdrers, investigate deceit, and save the nation from fore coming war. 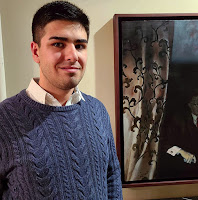 Bob Eslami grew up with a love for entertaining stories. Mostly through television and film, but eventually into books and novels. That is why he decided to pursue a degree at Carleton University in Literature, partaking in creative writing workshops, to sharpen his skills. Knowing he needed to start somewhere in his creative career, he decided to become a novelist, who hopefully will get noticed as a potential screenwriter by the right people. With that goal in mind, he published his first full-length novel in his senior year of university, in 2019. And he hopes that story becomes adapted onto the big screen, with him as the scriptwriter.

Bob knows that getting where you want in life is never easy or quick, and that is exactly what he learned in starting his writing career. Taking his time and patience in learning and writing (which was really just editing his written works), Bob learned the techniques needed for flawless and good writing, that communicated every point he wanted to his readers. Everything requires learning and patience, and writing stories is no different than anything else.

Being a fan of history and Edgar A. Poe himself, Bob knew a Poe mystery novel was not too far away from becoming one of his published works. He just didn't expect it too come to him so soon.

But he is sure is happy and proud to have done so!